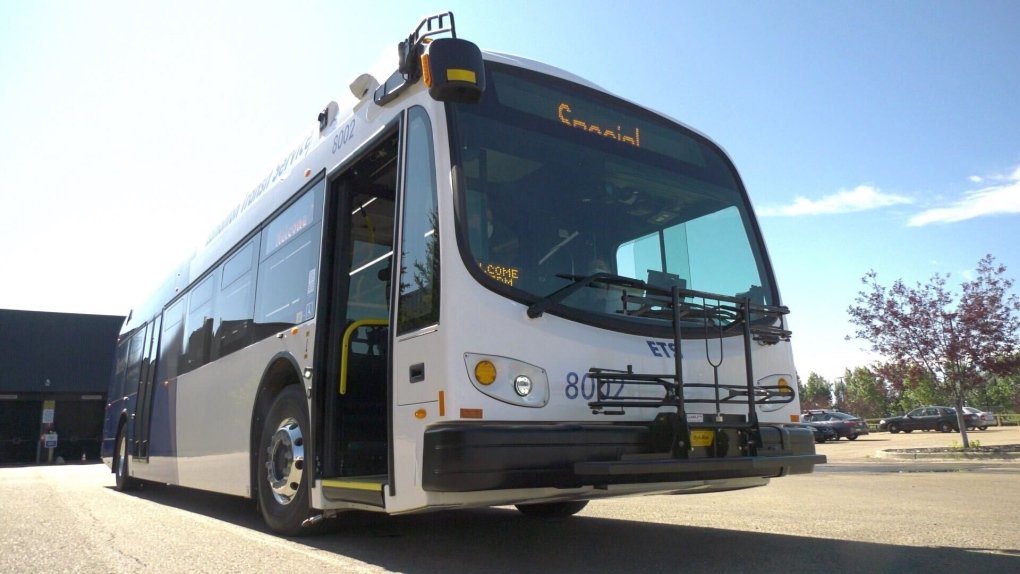 So far 21 of 40 new battery-electric buses from electric bus supplier Proterra have arrived in Edmonton.

ETS says it plans on putting four or five new electric buses on the road per day, until the first 21 are in service.

The remaining 19 new electric buses are expected to be on Edmonton roads by the end of this fall.

According to the City of Edmonton, electric buses are approximately 30 per cent cheaper to service and maintain than diesel buses.

"When they get on the bus they'll find that it's very quiet, very smooth riding," said Birch.

Combined, the 21 new buses and charging stations cost just over $43 million, with each bus coming in at $1.2 million.

Officials say the new buses can drive about 350 kilometres on a single charge, even during Edmonton winters.

The city says the new buses will be able to operate on almost every ETS route.

All of the buses are equipped with protective shields for the drivers.

In a news release Tuesday, Edmonton Mayor Don Iveson expressed his pleasure with the new program.

"Our purchase is historic in that it represents the largest purchase of electric buses in Canadian history," said Iveson.

"Electric buses are a major component of the future of public transit in our city and across Canada. They save the city money and benefit not only transit users who get to experience the perks of a quieter commute with decreased emissions, but also Edmontonians who aren't regular commuters on our transit system, as they also benefit from the city meeting its energy and climate goals," he said.

The electric buses will be housed at the new Kathleen Andrews Transit garage as well as Centennial Garage.

Once Kathleen Andrews Transit Garage in northeast Edmonton is fully operational with electric bus infrastructure, it will become the main hub.

The City of Edmonton says ETS is the first public transit provider in North America to have overhead chargers installed inside its facility.

The design is said to reduce the amount of floor space needed for charging compared to floor-mounted chargers.

"Transit's been around since 1908 in Edmonton," Birch told CTV News Edmonton.

"Back in 1908 we had some really small buses, we had some trolley buses on wires several years later. And this is a new mode of transportation. It brings about clean energy and keeps our carbon footprint down. Really it’s a special day in history for ETS today."