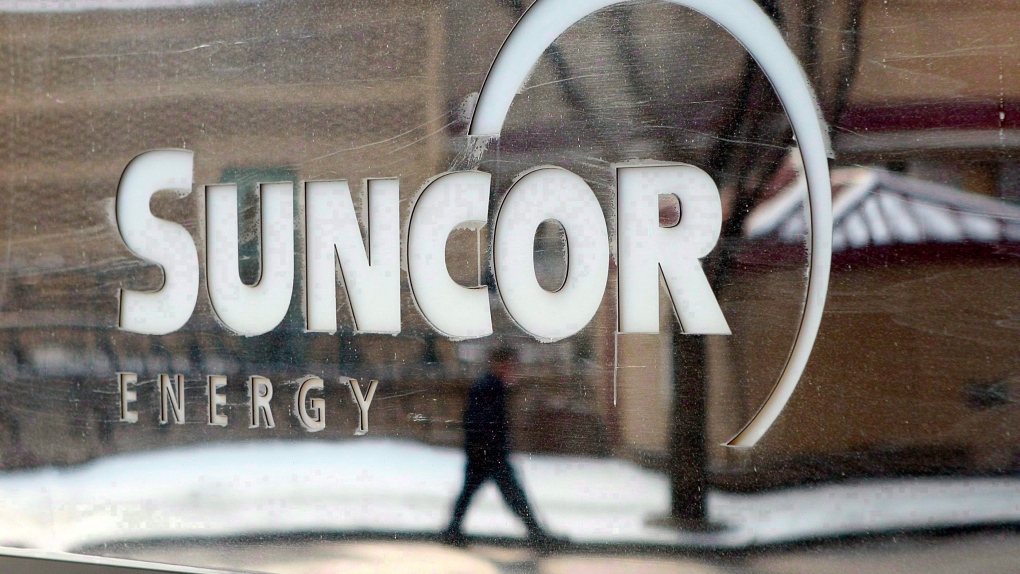 A pedestrian is reflected in a Suncor Energy sign in this photo taken in Calgary on Feb. 1, 2010. (Jeff McIntosh/THE CANADIAN PRESS)

Suncor Energy Inc. says it is committed to improving workplace safety after a truck crash earlier this month resulted in the death of a contractor at the company's Base Mine site near Fort McMurray, Alta.

Suncor has released additional details about the incident, which occurred Jan. 6. The company says one heavy haul truck rear-ended a second heavy haul truck while they were both driving up a mine haul ramp.

The two workers in the truck that was hit from behind sustained minor injuries while the driver of the other truck died.

Suncor is also reporting two other operational incidents in the last half of December that resulted in a production loss of about 195,000 barrels per day.

One of the incidents involved equipment failure at the Syncrude Mildred Lake mine site. The other incident involved furnace failures at the company's Firebag location which resulted in the temporary shutdown of approximately 170 wells.

Suncor chief executive Mark Little says all of these events are “unacceptable.” He says Suncor is committed to doing more to keep its workers safe and ensure it is consistently reliable.

This report by The Canadian Press was first published Jan. 18, 2022

Montreal has 17 suspected monkeypox cases; officials say it's 'not highly contagious' or severe

Montreal Public Health said they're asking health workers to be alert for monkeypox cases but said the illness is also not extremely contagious and is the milder of two strains. There are 17 suspected cases in the Montreal area.

A chain of events possibly triggered by unrecognized infection with the SARS-CoV-2 coronavirus could be causing the mysterious cases of severe hepatitis reported in hundreds of young children around the world, researchers suggest.

Jason Kenney quit as leader of his party Wednesday night after receiving a slight majority of support in his United Conservative Party leadership review.

An expert in Canadian policing says the New Brunswick officer who killed a 26-year-old Indigenous woman during a wellness check two years ago was following police training.

What options do sellers have now that the housing market is cooling down?

Canadians are more sensitive to stress than before the pandemic: report

A new report has found that 46 per cent of Canadians are feeling an increased sensitivity to stress than they were prior to the COVID-19 pandemic, impacting their overall mental health.

The spotlight in a Virginia courtroom has turned to attorney Camille Vasquez this week.