Teen struck and killed by vehicle northeast of Edmonton 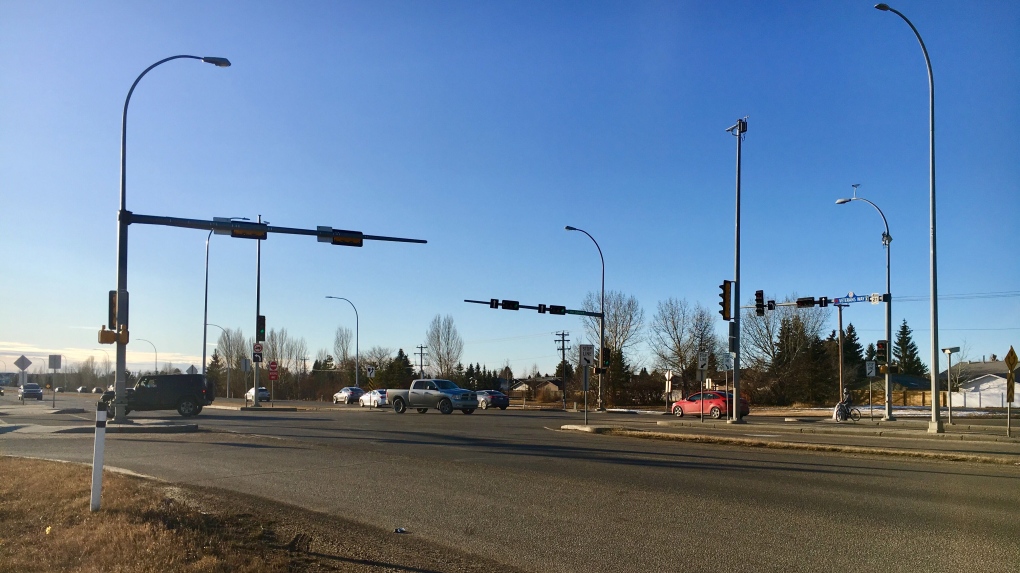 The intersection at Highway 21 and 84 Street was reopened early Saturday afternoon.

EDMONTON -- A 15-year-old boy is dead after he was struck by a vehicle while crossing the street in Fort Saskatchewan Saturday morning.

RCMP responded to the area of Highway 21 and 84 Street after reports of a collision involving a pedestrian at approximately 6 a.m.

The teen male who was struck was rushed to hospital, where he later died.

The driver of the vehicle, a 54-year-old woman, was not injured.

Drugs and alcohol were not being considered factors as of Saturday, police said.

"Matters like this are tragic," RCMP said in a statement. "The loss of life in any incident impacts an entire community. Our thoughts are with all those affected today."

The scene was closed to traffic until 2:20 p.m. for the investigation.

On Sunday, a memorial was set up at the intersection in the boy's memory.

A GoFundMe campaign has identified him as Jesse McPhee. A vigil is being held in his honour, as well as that of a one-year-old who recently died in Fort Saskatchewan, at Carscadden Park on Wednesday at 7:30 p.m.