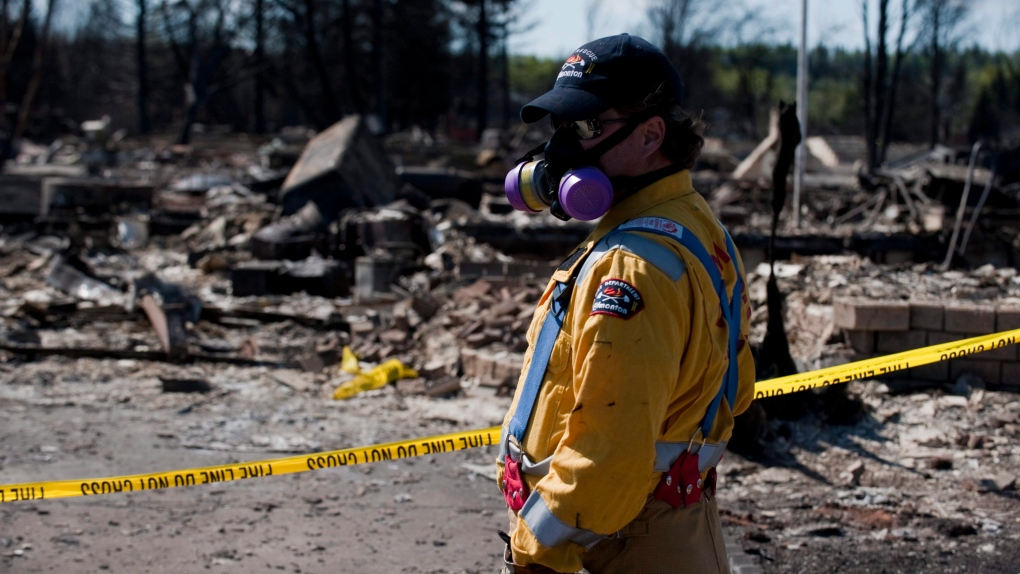 A wildfire burned about one-third of Slave Lake in northern Alberta in May 2011. Nearly 400 homes and businesses, including an apartment complex, were reduced to ash and rubble when fierce winds whipped flames through town with little warning.

Here are five things we've learned about that fire 10 years ago:

How did the wildfire happen?

Officials with the Alberta government announced in November 2011 that an unknown arsonist recklessly or deliberately ignited the forest fire.

How long did it take to clean up?

The government centre and about 80 per cent of homes were rebuilt. But Warman says it took another four years to finish roads and sidewalks.

“We waited a couple years for people to finish construction.”

Warman says there was a list of projects and they slowly checked them off.

“When I look around the community, I see things rebuilt. I see new investment. I see new businesses.”

How did it affect the town's residents?

Warman says the population hasn't changed a whole lot since the fire.

The No. 1 factor that saved the community, he says, was temporary housing that was built for residents while they rebuilt their homes.

“It was the difference between success and failure. Without it, we would have been decimated.”

Warman says some single people and young couples who were living in the apartment complex left, but school enrolment numbers were steady the next fall.

“There was a pretty strong indication that the people were still here.”

Research done after the fire showed some residents with psychological stress symptoms - particularly children. The study suggested children involved in disasters be offered counselling and assistance in recovery.

What have we learned about wildfires?

Mike Flannigan, a renewable resources professor at the University of Alberta, says the Slave Lake fire has left a legacy.

“One of the politicians of the day was in the paper saying it was a one-off. It was a fluke. It won't happen again. I said the day after ... expect more events like this, unfortunately.'

“It's all about the extreme conditions.”

Did anything change afterward?

Flannigan says there has been more federal funding for wildfire research.

“Things have changed, but we still need to do more,” he says. “It's not going away with climate change.”

He says more structures will be at risk if development continues in the boreal forest.

Warman adds those developments need to be prepared for emergencies and for recovery after disasters.

“A good plan is better than a quick plan.”