The Fort McMurray Wildfire: behind the coverage 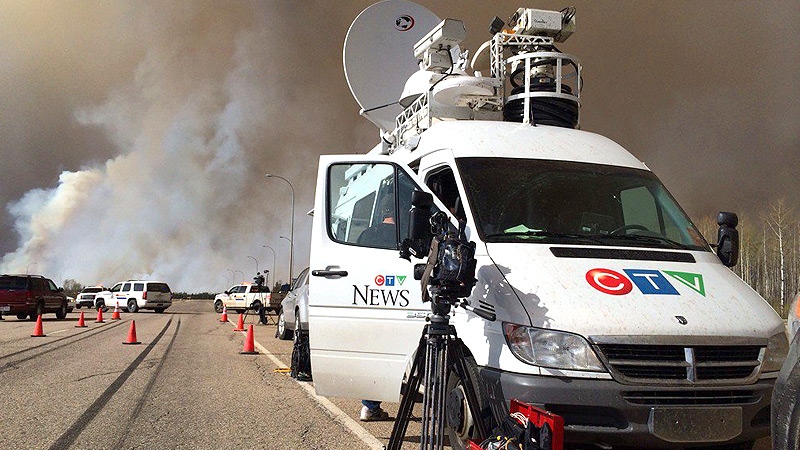 CTV Edmonton's satellite truck on the scene for coverage of the Fort McMurray fire.

I know I speak on behalf of all of our anchors and reporters who have covered this terrible and unprecedented event, when I say we are blown away by the level of support you have shown us. The positive comments we’ve received through social media, emails and in person have powered us through those 19-hour days in the Ft. McMurray area.

Of course, the people who need your support the most are the people of Ft. McMurray. We have met many of them, and their optimism and positivity, in the face of disaster is truly inspiring. I can say without any doubt that it would take a hell of a lot more than a fire to knock them down.

But this post is specifically about news coverage. You see people like Daryl McIntyre, myself, Breanna Karstens-Smith, Shanelle Kaul, Dan Grummett, David Ewasuk and many others on your television and online, but what you don’t see are the dozens of people behind the scenes here at CTV. Without them, we would not have the ability to do what we do.  I couldn’t possibly show you them all, but from news directors, producers, directors and editors to writers and assignment editors – their work over the last week has been nothing short of outstanding.  They put in long hours, without being asked, because they care about the world around them. They care about Ft. McMurray, and they care about quality television journalism.  I am going to name a few, to give you an idea of what you don’t see on the news. 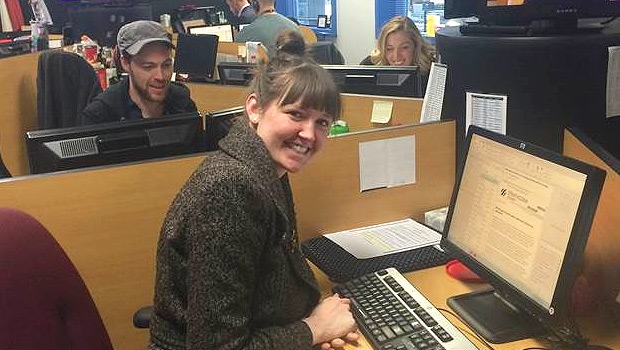 This is Katie Hudson. She’s a news writer at CTV Edmonton. Over the last 7 days, she has gone through press conferences and written down almost every word said by the Premier, other politicians, fire officials and other emergency officials.  She has spent many hours hunkered down at a computer with headphones on, listening and typing. It’s tough on the eyes, tough on the ears, and tough on the brain. This work is over and above the many stories Katie has to write throughout the day.  Because of Katie, the people you see on TV have the very latest numbers, facts and information – as well as important insight on how this story is developing – right at our fingertips.  She does it all without a complaint, and often without even having to be asked. 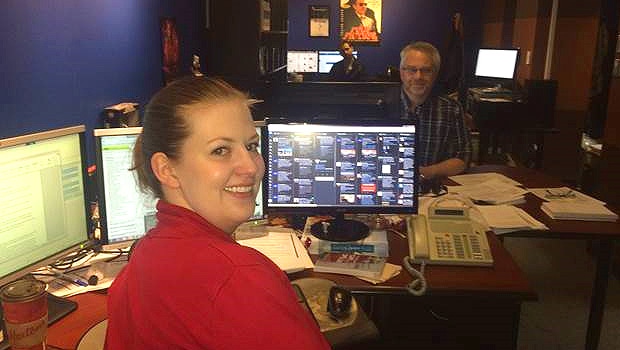 This is our web team. Often, there are only two of them in, and from our spots at Highway 63 and Highway 881, it seems they are doing the work of ten people. Stewart Shaw and Julia Parrish are keeping the website updated with the very latest information. They are posting links for evacuated residents to find the services they need. They are organizing live web feeds of press conferences. They are uploading video.  They are working hours as long as we are, and they rarely get the credit for the incredible work they’re doing. 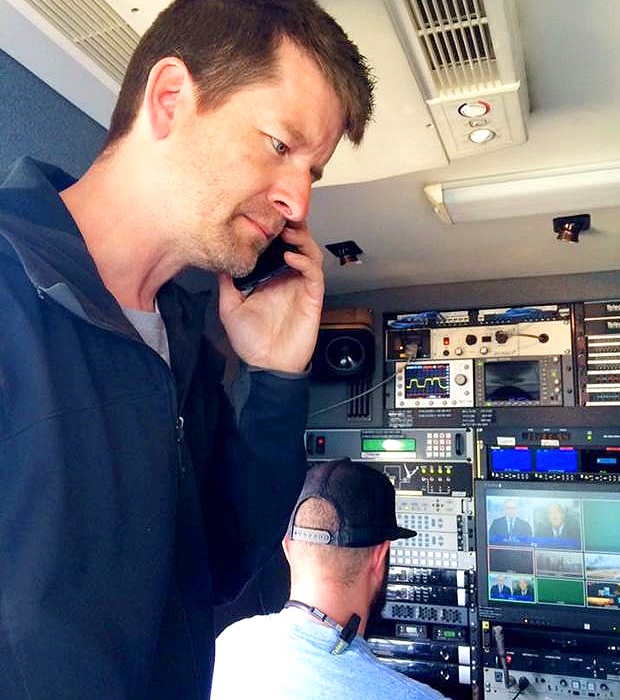 Ever wonder how we can be live from twenty-five kilometres south of Ft. McMurray, when our studio is in Edmonton? How we can be live on News Channel multiple times per day? These guys – are how that happens. Cam Wiebe and Jay Rosove are two of our satellite truck operators. They have been sleeping in an RV on the side of the highway for about a week now. They get up before the crack of dawn to start coordinating multiple satellite feeds, often more than one at a time, work late into the night, and get an hour of sleep here or there whenever they can. They could ask to go home, but they don’t. This story matters as much to them as it does to anyone. 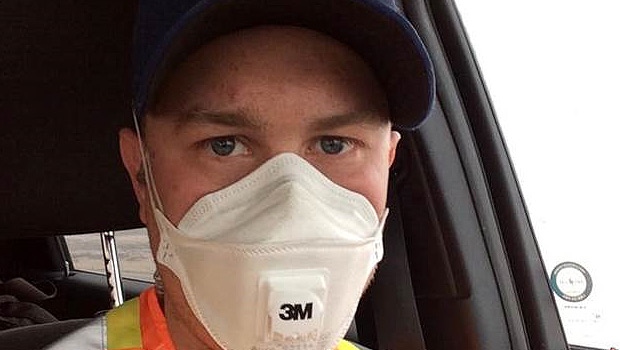 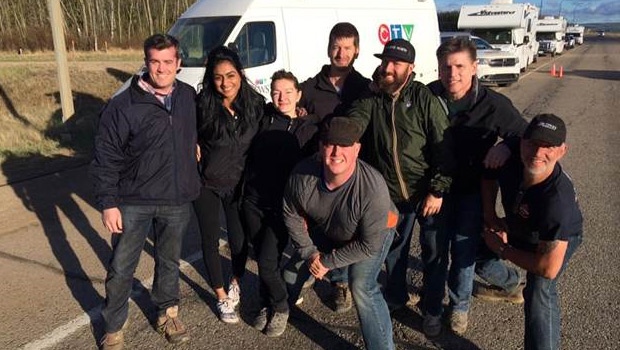 In these two pictures, you see a few people who are right there with us every time you see us on television.  The first picture shows Chad Kruger.  Chad has been in the area since we first heard that a fire was moving towards Ft. McMurray and that the city could be threatened. He has worked tirelessly to bring important, accurate stories to Albertans and Canadians. In the second picture, you see Barry Fontaine on the right, Dave Mitchell down at the front, and just left of him, Jamie McCannel.  When we wake up, they wake up. They don’t go to bed (when there’s a bed available) until we do. They are our partners and team-mates as we race around the Ft. McMurray/Anzac/Lac la Biche region, gathering news, meeting evacuees, interviewing officials and sometimes running on just bad coffee and granola bars. They are the people who capture the incredible images that have truly shown us just how big the fire nick-named “the Beast” really is. One night, I overheard Jamie say “If you don’t want to be here, you’re probably not in the right business”.

There are so many more people who contribute to our coverage. I just wanted to introduce you to a few of them. Every person who puts “CTV” after their job title deserves every bit as much credit – and in many cases more – than the people you see on your TV or on your computer.  They make our jobs possible. They make television news happen.