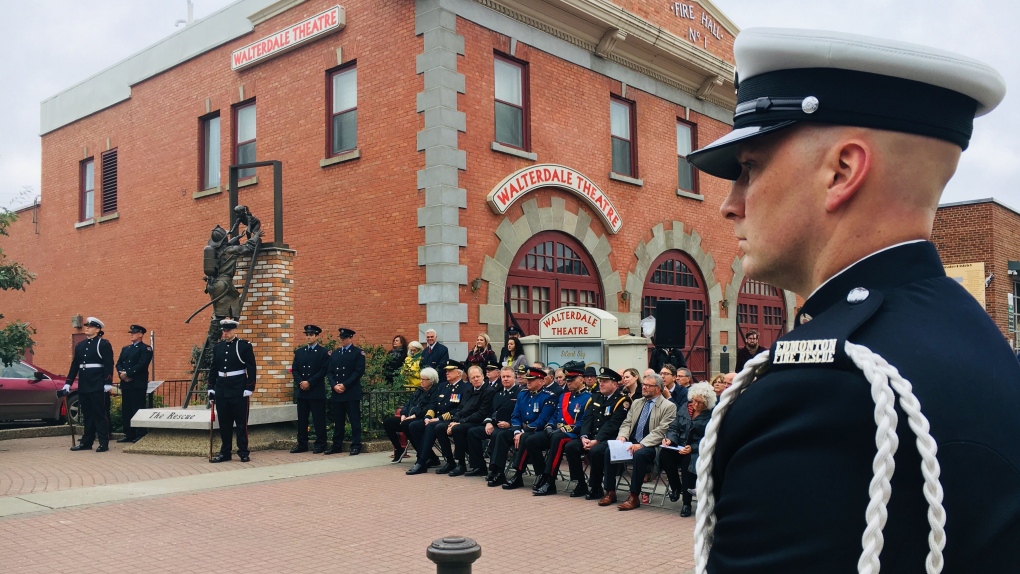 Twenty fallen members of Edmonton Fire Rescue Services were honoured at an annual ceremony Wednesday, including one active duty member who died from an occupational illness.

The bell at the Firefighters Memorial Plaza rang out in remembrance of each active and retired firefighter who passed away during the last year.

Family, friends and colleagues gathered next to the 'The Rescue' statue in Old Strathcona to show gratitude for their extraordinary sacrifices.

“Our firefighters willingly undertake this dangerous and stressful work. We can never thank them and their families enough for their sacrifice and bravery,“ Member of Parliament for Edmonton-Strathcona Linda Duncan remarked to the somber crowd gathered under grey skies.

Edmonton Fire Chief Ken Block is serving his 40th year with the fire department. He became emotional as he spoke about the support firefighters receive from the community.

“Of folks that are on that tower, I’ve worked with two-thirds of them. It’s a day of reflection,” he added. “Once a firefighter, always a firefighter. My heart is with their families on this day.”

The annual service is held by the Edmonton Firefighters Memorial Society on the anniversary of 9/11, when 343 of New York’s finest died as heroes in the terrorist attacks on The World Trade Center, marking the single greatest loss of firefighters' lives. 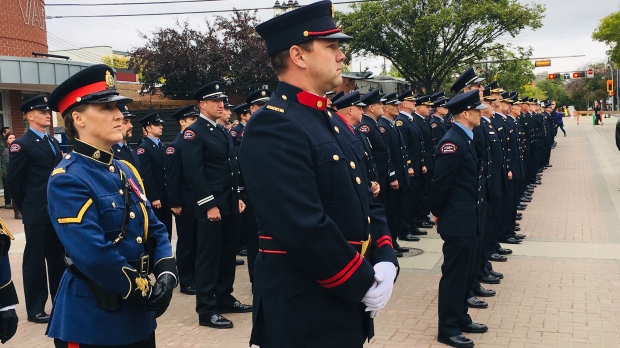