'There will be more remains found': Indigenous U of A prof says technology would find more unmarked graves in Alberta

'There will be more remains found': Indigenous U of A prof says technology would find more unmarked graves in Alberta 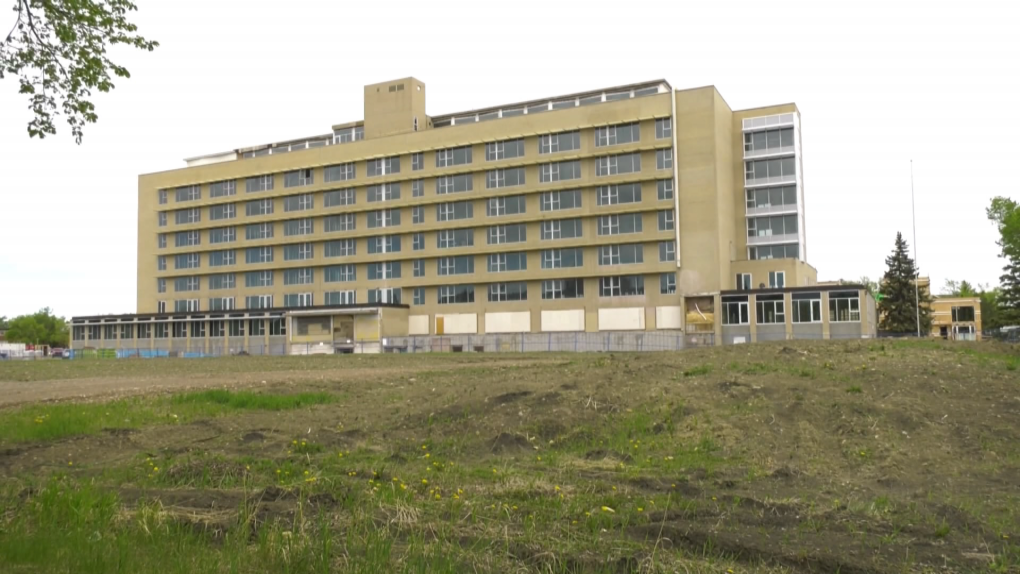 A local Indigenous historian and researcher says the likelihood of finding another unmarked mass grave in Alberta to the scale of the one found in Kamloops is “definitely a possibility.”

Last week, the remains of 215 children were found on the site of the former Kamloops Indian Residential School in a mass grave.

Crystal Gail Fraser, an assistant history professor at the University of Alberta specializing in residential schools in Canada, said if the same ground-penetrating radar technology used to locate the grave site in Kamloops was used in Alberta residential sites it would be possible to find similar unmarked mass graves.

“That is definitely a possibility,” Fraser told CTV News Edmonton in an interview. “There will be more remains found.”

Fraser is Gwichyà Gwich'in and originally from Inuvik and Dachan Choo Gę̀hnjik in the Northwest Territories. Her grandmother and mother are residential school survivors.

“With conservative numbers, that is over 800 children,” she said. “I really believe that would just scrape the surface.

“Each school had an official graveyard. Many of them had unmarked graveyards. So we are actually talking about a minimum of 25 sites.”

The Canadian count for Indian residential school deaths is 4,100.

“These statistics that we have only speak to conservative numbers for the Indian residential schools that were officially recognized.”

That number only includes Indigenous children who died from disease or accidents, Fraser said.

The province has signalled its intention to support research in an attempt to discover unmarked Indigenous graves around residential schools in the province.

In an announcement on Monday, Indigenous relations minister Rick Wilson said it was a priority for the province to ensure unmarked Indigenous graves were located.

No details regarding the funding, including an amount or how it would be administered, was given.

READ MORE: Funding to find unmarked Indigenous graves in Alberta to be granted by province

Yet, Fraser said there are many deaths that fall outside that purview, like children who ran away from residential schools but died while trying to get back to their community as well as Indigenous people who died from the spread of diseases.

“Often the students caught the disease at (residential) school,” Fraser added. “If the child was gravely ill, the school often sent the child home to die so that their death would not be reflected on the school record.

“In doing so, the child would then generally spread the disease to their household or to their community promoting further deaths.”

Additionally, Fraser said receiving homes, orphanages, hospitals and Indian sanatoria were operating with the same mindset and policies guiding residential schools but that their deaths are overlooked.

Fraser gave the example of the tuberculosis hospital in Edmonton for Indigenous people that was used after the Second World War at the Charles Camsell Building, in what is now Edmonton’s Inglewood neighbourhood.

“There were people, particularly from the north, from where I am from,” she described, “who against their will were transported to the Camsell hospital, sometimes for years at a time, largely for infections that they picked up at Indian residential schools in the north.

“While they were at the Camsell, they were learned English from their beds, were taught the same curricula from residential schools.

She believes a search for unmarked graves at that site and other similar sites tied to the legacy of residential schools needs to happen with Indigenous-led experts and leaders.

“They need to be the ones leading these projects,” she said.

“Not every community is going to be ready for something like this because I believe there will be remains found,” she added.

For Fraser, searching sites is one thing. Uncovering what lies below the surface can be extremely traumatic for Indigenous people.