Truck gutted by fire in Edson 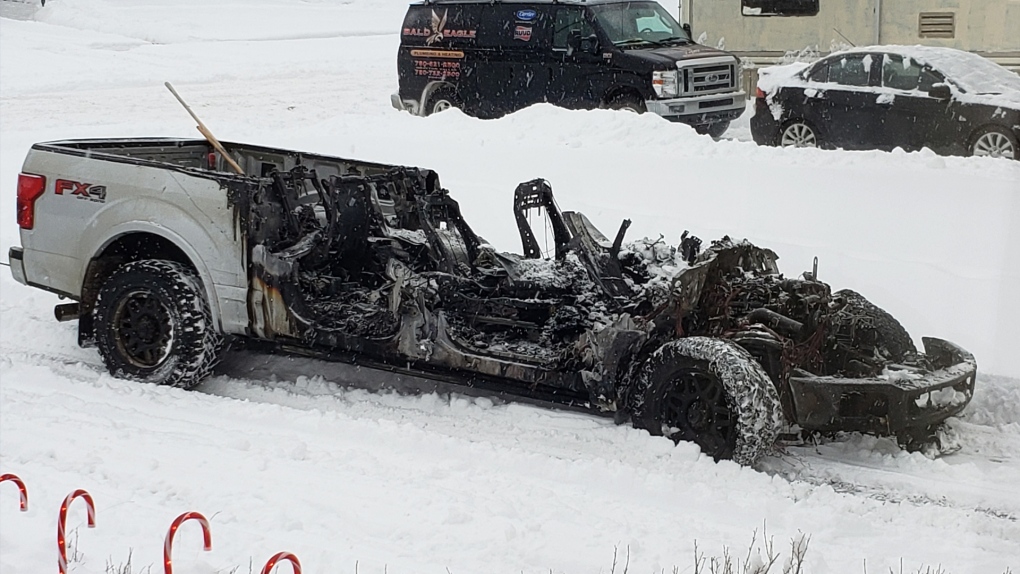 A pickup truck was destroyed by fire early in the morning on Dec. 9, 2019. (Credit: Terina Irwin)

EDMONTON -- RCMP are investigating after a pickup truck was destroyed by fire in Edson early Monday morning.

Edson firefighters were already at a fire at the Edson Chrysler dealership, so they asked Yellowhead County fire, who was also en-route to the fire at the dealership to detour to the truck fire.

Terina Irwin live across from the truck fire.

“We awoke at about 4:30am to someone banging on our door telling us there was a fire on the walking trail directly behind our house,” she told CTV News Edmonton in an email. “The fire department was not on scene yet. They had to come in from Sixth Avenue and cross a field to access it, so it took them a little while.”

Fire investigators say it’s too soon to say if the truck fire and the fire at the dealership are connected.