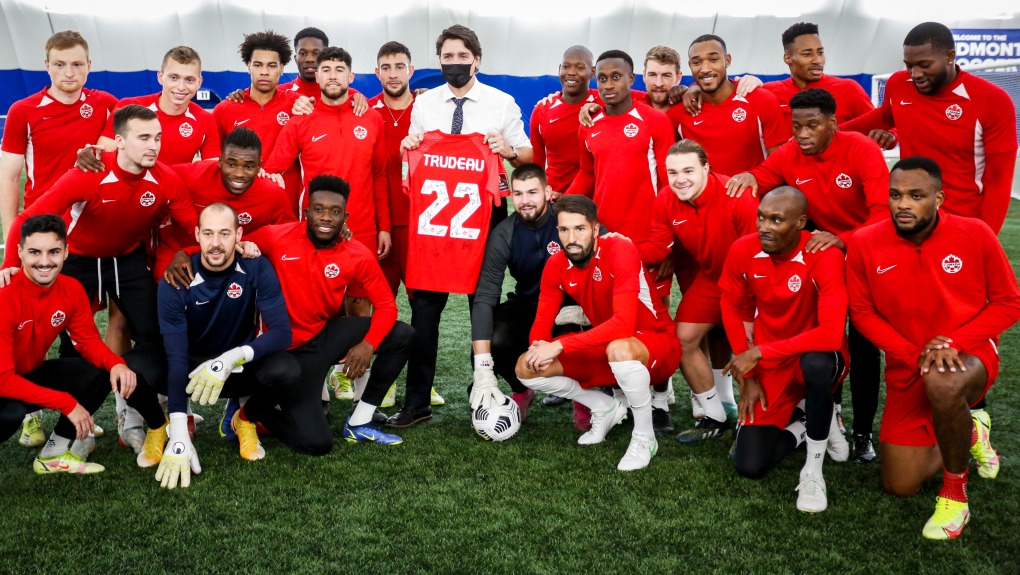 Prime Minister Justin Trudeau met with the Canadian men's soccer team at the Edmonton Soccer Dome ahead of their match against Mexico on Tuesday.

Trudeau — in Edmonton to announce a child care deal with Alberta — spoke with the team and head coach John Herdman and was gifted a signed jersey.

Canada is training indoors on Monday as a heavy snow storm begins to hit the capital region.

Mexico was still training in Indianapolis Monday morning, but will likely arrive to a snowy Edmonton later today.

The snowstorm is expected to end well before Tuesday's 7 p.m. kickoff, but temperatures are expected to be around -7 C with 10-15 km/h winds.

Cold. Temperature around -7 with 10-15km/h wind (just enough to give a minus teens wind chill). Snow will be done by gametime though.https://t.co/5pH8Lr6kUr