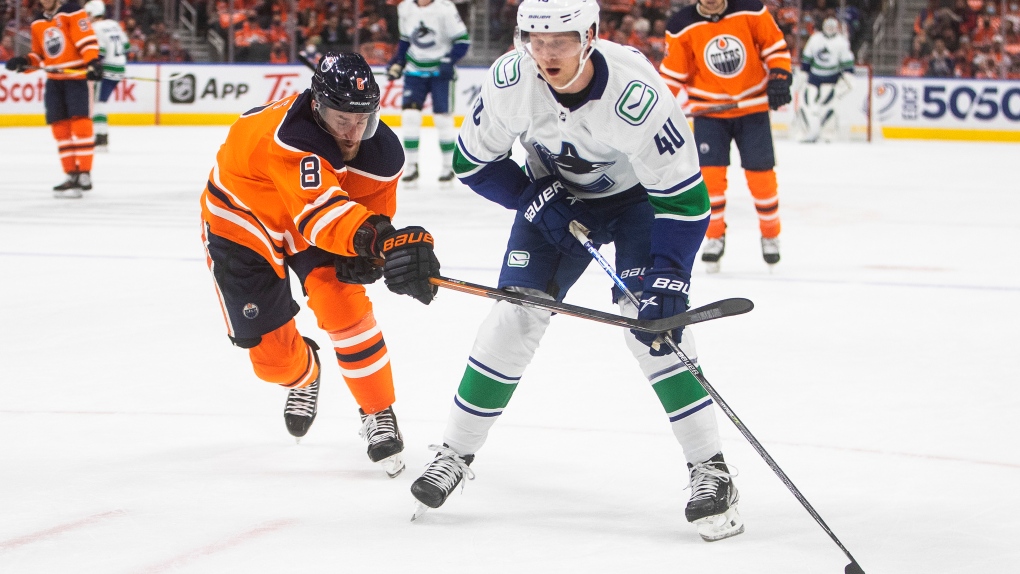 Kyle Turris made the most of a rare opportunity on Wednesday night.

Turris scored the shootout winner as the Edmonton Oilers started the season off with a win despite giving up a late lead, defeating the Vancouver Canucks 3-2.

The 32-year-old forward, who had a career high 64 points with the Ottawa Senators in 2014-2015, but has fallen on tough times of late with just five points in 27 games with the Oilers last season, is eager to turn things around.

“It's really big,” Turris said of the shootout winner. “I'll be the first to admit I had a bad year last year. Coming back, I want to prove myself and that is what I am working towards doing. To get a shift in overtime and to be out in the shootout, it definitely helps to build the confidence and it is something I have to take advantage of.”

Jesse Puljujarvi and Zach Hyman scored in regulation for the Oilers (1-0-0), who also got a pair of assists from Connor McDavid.

“It was the first win of the season and that is big,” Oilers defenceman Darnell Nurse said. “You have to get that first one down and build off of it. You don't want to be losing leads in the third period and that is something we are going to have to clean up, but at the same time we were resilient and didn't give up the third one, didn't give up a goal in OT and found a way to win in the shootout.”

Oliver Ekman-Larsson and Quinn Hughes responded for the Canucks (0-0-1).

“They obviously have some fast players and I thought we played a hard-working game,” Canucks coach Travis Green said. “To come in on the road and battle back and get a point, I was pretty happy with our effort tonight.”

Edmonton got the game's first goal with three minutes left in the opening period as Puljujarvi showed good hands in front, picking out the rebound from a Nurse shot before depositing it past Canucks goaltender Thatcher Demko.

Midway through the second, the Oilers were looking for more on a Kailer Yamamoto breakaway, but Demko was able to make the stop.

The Oilers made it 2-0 with three minutes left in the second frame with a pretty three-way passing play finished off when Hyman scored his first as an Oiler into a wide-open net on a perfect feed from Leon Draisaitl.

Vancouver finally got one past Oilers starter Mike Smith on its 32 shot of the night as Ekman-Larsson scored on a power play blast from the point with seven-and-a-half minutes left in the third.

The Canucks tied the contest with 2:49 on a goal that Smith would likely love to have back as Hughes snuck a shot in short side, eventually sending the game to overtime.

The Canucks continue their six-game road trip, the longest road swing to start a season in franchise history, in Philadelphia on Friday. The Oilers remain home to face the Calgary Flames on Saturday.

This report by The Canadian Press was first published Oct. 13, 2021.