In a since deleted tweet, Alberta's mental health and addictions minister asked whether supervised consumption sites research is funded by the pharmaceutical industry. 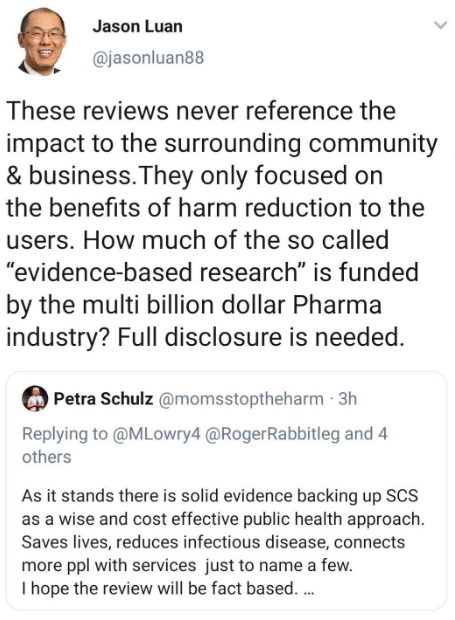 Last month, the UCP stopped funding for proposed injection sites while it conducts a review.

"We want to know as Albertans whether or not a review is actually happening, who is part of those reviews, and when the reviews will be completed," Sweet said.

In a statement to CTV News Edmonton, Steve Buick, Luan's spokesperson, said the review will be conducted by outside experts and present findings in the fall.

"[Luan] didn’t intend to pre-judge the review; he's committed to a robust analysis of the impacts of [supervised consumption sites] on local communities and making decisions based on the evidence," Buick said.

There are four supervised consumption sites in Edmonton. The three public ones located in Boyle McCauley have had 64,381 visits, and there have been 703 reversed overdoses.

"I am really hopeful that it'll be a really full review, and it'll prove that there is a need for this," said Cecilia Blasetti, the executive director at the Boyle McCauley Health Centre.

Luan promised the current supervised injection sites won't see any changes while the review is conducted.