The Ukrainian National Federation of Canada building in Edmonton was vandalized with swastikas overnight Friday.

On Friday afternoon, black spray-painted swastikas were visible on the side of the building, as well as on a banner displaying the Ukrainian flag saying, "Stop Putin, Stop War."

Cheryl Voordenhout, Edmonton police spokesperson, told CTV News that the vandalism was reported, and officers are following up. EPS officers confirmed the incident was being referred to the hate crimes unit.

"Unfortunately, the guy was wearing a hood, so we can't identify him," Levytsky said. 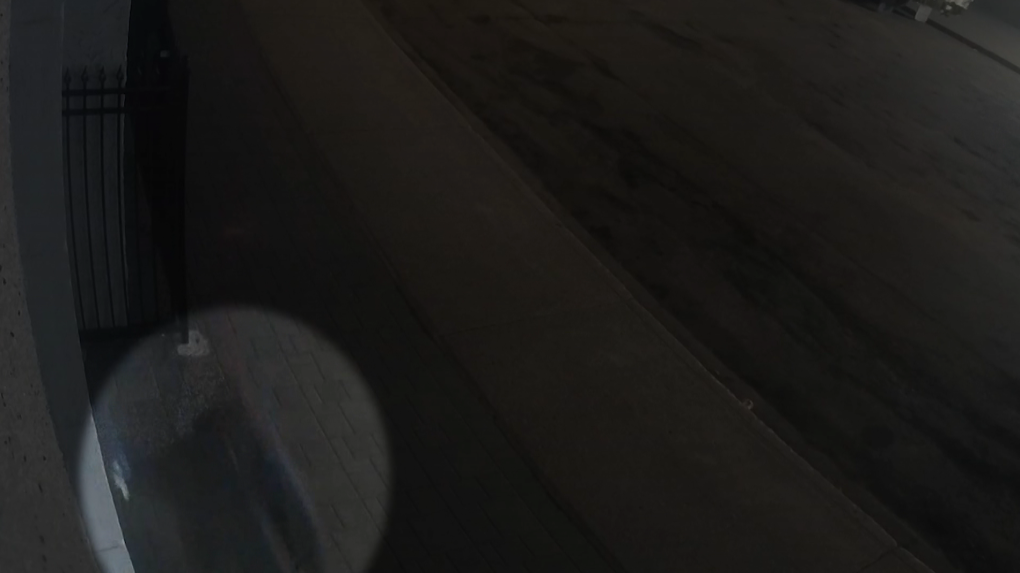 Surveillance footage shared with CTV News Edmonton shows the moment a vandal graffitied swastikas on the Ukrainian National Federation of Canada building in Edmonton on May 13, 2022 (Supplied).

Levytsky said he couldn't understand why people would target the non-profit cultural organization located in the downtown neighbourhood of McCauley with "disgraceful" vandalism.

"Ukraine elected a Jewish president with 73 per cent of the vote," he said. "Ukrainians now give him a 97 per cent approval rating. Ukrainians have the lowest percentage of any country in Europe for votes for a far-right party."

"Russia's invaded Ukraine," he added. "Russians are bombing schools, hospitals, everything else."

"Since Russia began its full-scale invasion of Ukraine on Feb. 24, 2022, there has been a sharp uptick in harassment, violence, and intimidation against Ukrainian Canadians across the county," the officials said.

"This latest vandalism comes on the heels of an April 20 arson attack on a Ukrainian Catholic priest and his family in Victoria," the statement said.

"Given this increase in violence, we call on law enforcement agencies to work closely with the Ukrainian community to ensure the continued safety of people and property and the prosecution of the perpetrators to the fullest extent of the law."