EDMONTON -- The Alberta government is clarifying how its public health orders affect fitness centres, which one owner says is confusing and frustrating.

Gyms, rec centres and others like personal training studio The Projct in Edmonton have been closed since Dec. 13 in a move by the government to curb COVID-19 transmission.

While owner Jordan Jeske believes trainers can still do their job safely, his latest frustration is over an apparent flip-flopping by the government on its rules.

But on Christmas Eve, another gym owner sent him a screenshot of the government's public health orders which looked like they had been updated to permit one-on-one personal training.

They said "one-to-one indoor training… is permitted outdoors or indoors."

"An addition," Jeske is sure. "Because it wasn’t on there before because he had checked."

By Dec. 29, the public health order had been changed, banning one-on-one training inside public facilities and limiting training to virtual or broadcast sessions. 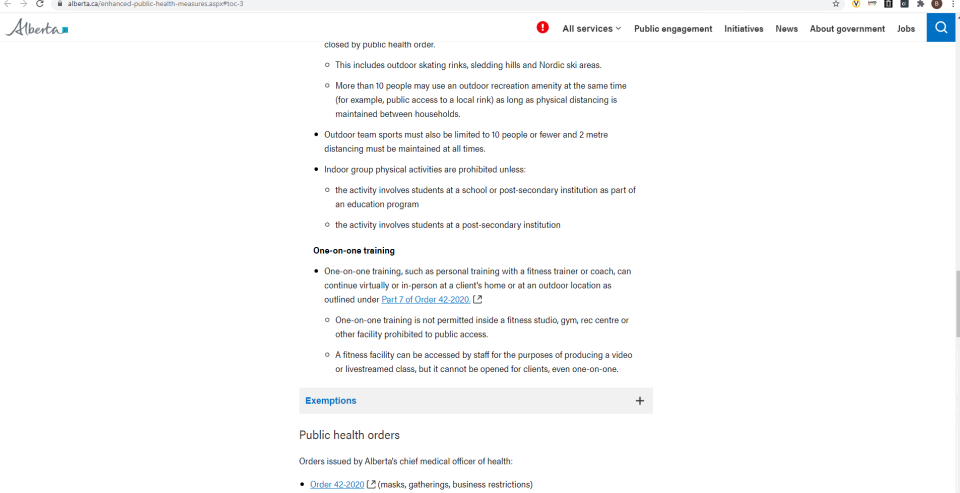 "I’m OK with a straight, black-and-white, 'Hey, here’s what you have to do. Everything’s closed or whatever,'" Jeske told CTV News Edmonton. "It allows me as a business owner to make the proper adjustments, take care of my staff, all that kind of stuff.

"But when you get this flipping, flopping back and forth with no actual announcements and they’re just sliding in these changes, that is unacceptable."

An Alberta Health spokesperson says the department has not changed its rules.

"Public access is not permitted inside a fitness studio, gym, rec centre or other facility prohibited to public access. Information was clarified online as there was some confusion about what constituted 'inside'," Jessica Lucenko said.

"One-on-one training is allowed inside a client's home, but is not permitted in a facility prohibited to public access. The web copy was updated to be more explicit."

Trainers can also offer personal sessions at a client's home or outdoors, or use their facility to produce or livestream a class.

Jeske's opinion is that the updated rule is "not even close to being safer." 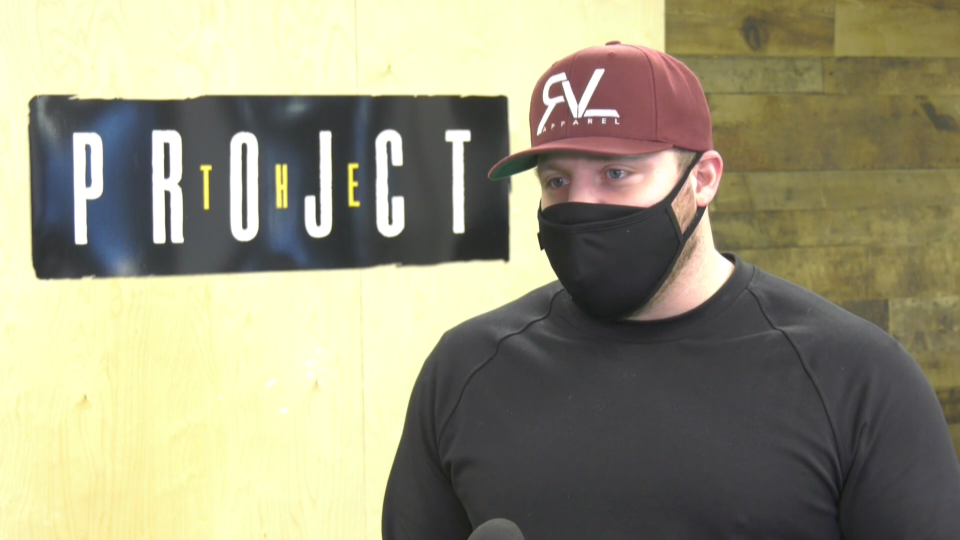 "It’s way worse than being able to just have one person or two people in here in a 3,000-square foot facility. And I know for a fact my clients would be like, 'Nah, I’m good. If you’re going to be going to a bunch of other places then coming to my house, I’m not interested in doing that.'"

With gyms' abilities to limit users and ensure physical distancing, he believes many customers feel safer working out than grocery shopping.

"You see lineups for Boxing Day or when I’ve gone into a grocery store … or the mountains, but I can’t have one person in a 3,000-square foot facility? It’s frustrating."