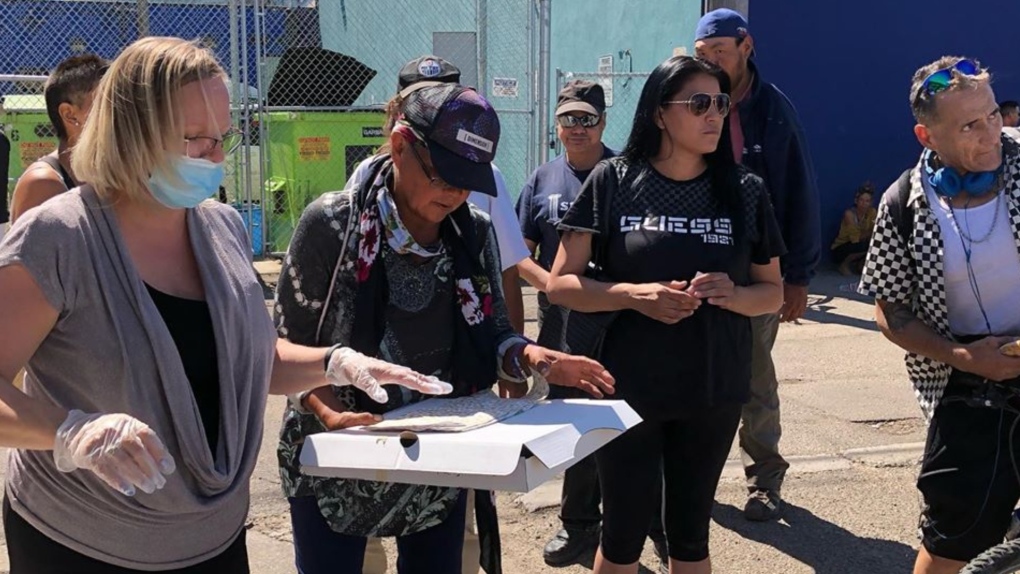 EDMONTON -- The Vegas Golden Knights won't win the Stanley Cup this season but they will likely be remembered for their goodwill during their recent playoff run in Edmonton.

Weeks ago, the NHL team sent a pile of pizzas to the Boyle Street Community Centre — a charity just across the street from Rogers Place that supports people experiencing homelessness and poverty.

That gesture was met with great thanks from the shelter and Edmontonians alike.

For 5 straight Mondays this team bought our folks pizza for lunch. On behalf of our staff and clients, thank you. #yeg https://t.co/6gawlFK5QI

Little did they know, the Knights would continue this for the remainder of their five-week stay in the playoff bubble sending pizzas to the centre every Monday.

"It says that they're committed to their cause and they're committed to wanting to make a difference in the community in which they were living,” said Elliot Tanti, the communications and development manager at Boyle Street Community Services. “I think that was really clear. And it was no hesitation. Every Monday I'd wake up to a text from the member of the team saying, '16 pizzas coming at 11:30 today. Hope you guys have a great day.'"

The Knights were eliminated from the NHL Playoffs on Monday but later sent out a tweet thanking the city of Edmonton for its hospitality.

“I think after the Oilers the Vegas Golden Knights might be the most popular team amongst our community and certainly amongst our staff,” laughed Tanti.