Progress on Edmonton's southeast Valley Line LRT has reached a new milestone. For the first time, testing of the infrastructure has moved north of the operations and maintenance yard in Mill Woods and into the Strathearn neighbourhood.

In a Tuesday morning news conference held by TransEd, the company contracted by the city to build and maintain the southeast Valley Line LRT, a spokesperson told CTV News Edmonton it is happy with the progress being made.

"We've got a lot of little things left to complete this season," said Dallas Lindskoog, "but testing and commissioning is well underway right now and we're excited to see new areas get to witness the train on the tracks, and ultimately we're steaming ahead."

The southeast Valley Line is made up of 14 segments, of varying lengths, that need to be tested individually. According to Lindskoog, six of those zones are going through that process right now.

"When we've connected all of those areas and done all of their individual testing then we'll begin the line-wide testing," he said.

The testing will include simulating real world scenarios, like moving a train full of passengers up a hill, or pushing or pulling another train. 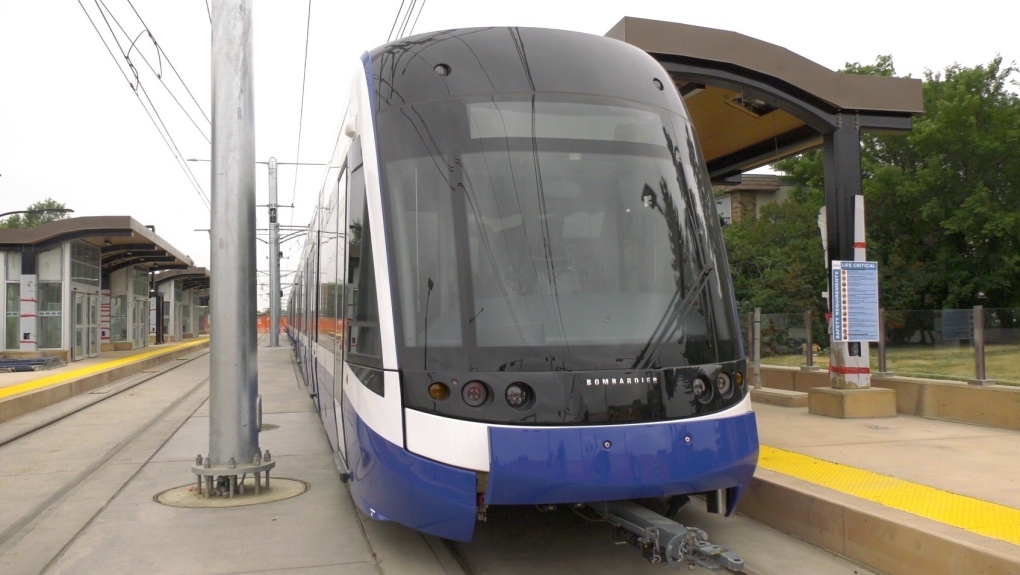 On Tuesday, the two trains on the tracks at the new Strathearn LRT stop were packed full of sandbags to recreate the weight they might carry during future rush hours. This is meant to help new LRT drivers get a feel for operating the vehicles.

"It'll help our drivers understand what it takes to pull into a stop, open the doors, let passengers come on, close the doors and move onto the next step," said Landeskoog. "All of that kind of testing and commissioning has to be demonstrated."

According to Landeskoog, line-wide testing will take place a couple of months before the new $1.8-billion LRT line is put into service. He told CTV News Edmonton that's likely to happen in the early part of winter.

The TransEd spokesperson said his company is still on track to reach its latest completion target reported by CTV News Edmonton last month.

TransEd officials want residents and drivers to keep safety in mind near the tracks, as workers continue to test the system.

Although booster shots and third doses of COVID-19 vaccines aren’t currently recommended for most Canadians, additional doses are being made available to certain populations or those who need to travel for work based on their province or territory of residence.

A Newcastle United and Tottenham soccer match was temporarily suspended, after players noticed a collapsed fan in the stands and flagged down medical staff to bring out a defibrillator.

Former U.S. president Bill Clinton was released Sunday from the Southern California hospital where he had been treated for an infection.

Celebrities joined Prince William in London on Sunday for the inaugural awards ceremony of his Earthshot Prize, an ambitious environmental program aimed at finding new ideas and technologies around the world to tackle climate change and Earth's most pressing challenges.