Where are they now? Team Canada from the last time Edmonton (co-)hosted the World Juniors 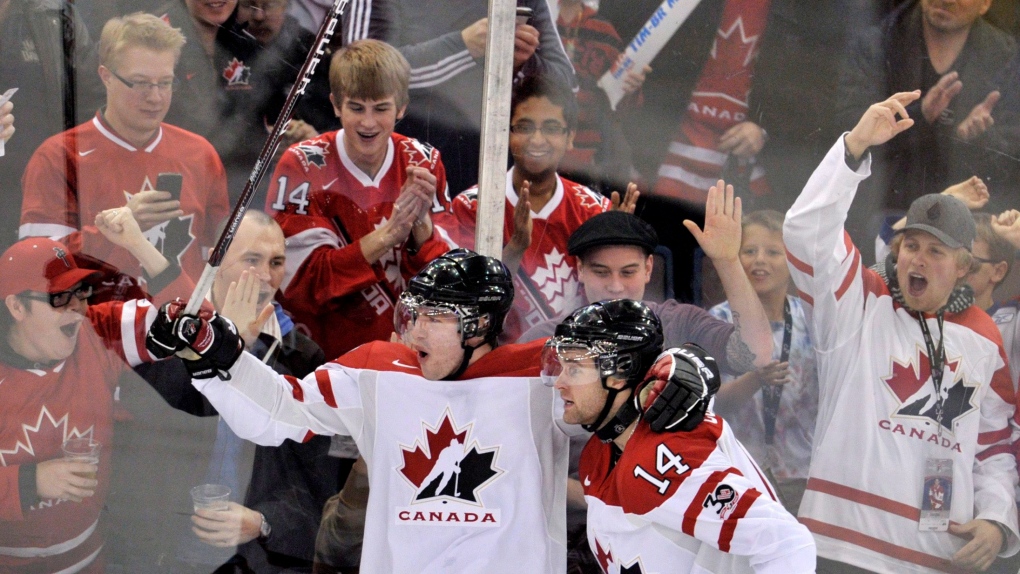 EDMONTON -- The ongoing 2021 World Juniors is the third time junior hockey's biggest showcase has been hosted in Edmonton.

The first was in 1995 when the Canadian 'Dream Team' went undefeated while breezing to the gold medal in a tournament played in 13 Alberta communities spread across the province.

But the most recent time the tournament has been played in Alberta's capital was 2012, when Edmonton and Calgary split hosting duties.

Rexall Place hosted Canada's Group B games which saw the home team rack up 26 goals in five games including an 8-1 drubbing of Finland, a 5-0 shutout of the Czech Republic and a 3-2 New Year's Eve win over the United States.

Canada got a quarterfinal bye before losing to Russia in a 6-5 semifinal thriller at the Saddledome in Calgary. Sweden went on to beat Russia for the gold, while Canada claimed bronze with a 4-0 win over Finland. It was the first time in 11 years that Canada has missed out on the final.

All 22 players went on to play at least one NHL game, and 13 of them played in the league last year.

Here's more details on where the members of Canada's bronze medal-winning team from Edmonton and Calgary are nine years later. 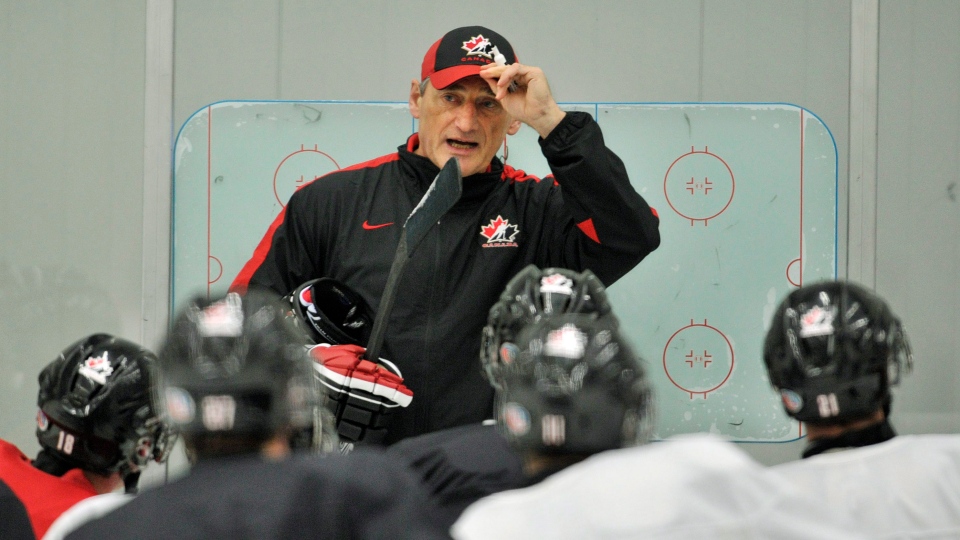 After the tournament, Hay returned to the Vancouver Giants where he coached two more seasons before returning to his hometown Kamloops Blazers for four more. Now 66, he left the Blazers in 2018 and soon after joined WHL rival Portland Winterhawks as an assistant coach. 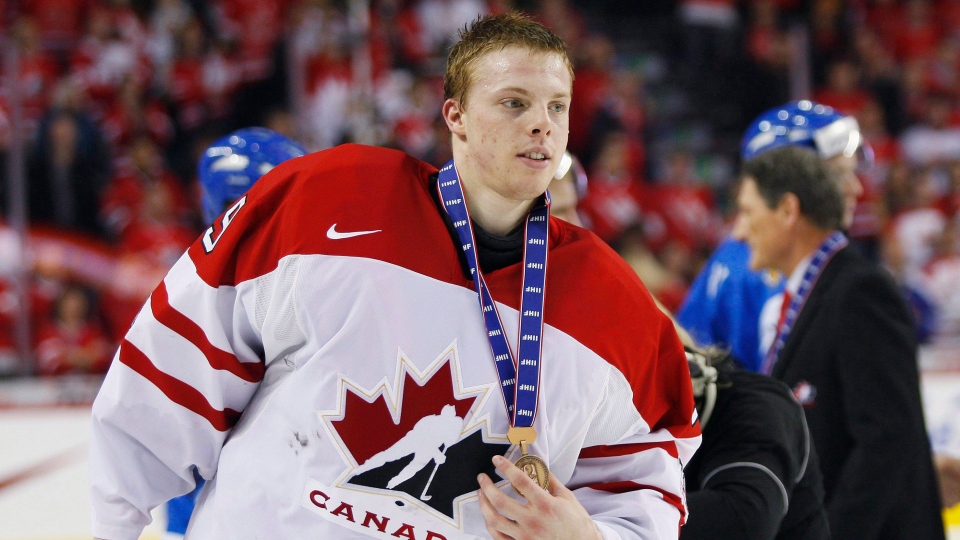 Visentin made his one and only NHL appearance in April 2014 for the Phoenix Coyotes, a 3-2 loss to the San Jose Sharks. He played parts of five more seasons in the AHL and studied business at the University of Guelph. He recently started his own YouTube channel to “promote kindness and authenticity between people” and his own hard beverage business.

Wedgewood went on to make 24 NHL appearances, the last coming in 2018 for the Arizona Coyotes. He’s spent most of his career in the AHL and signed to play for the New Jersey Devils’ affiliate for the 2020-2021 season.

Olesksiak made his NHL debut in 2014 with the Dallas Stars. After two seasons in Pittsburgh, he returned to Dallas in 2018 and was part of the team’s run to the Stanley Cup final last summer. 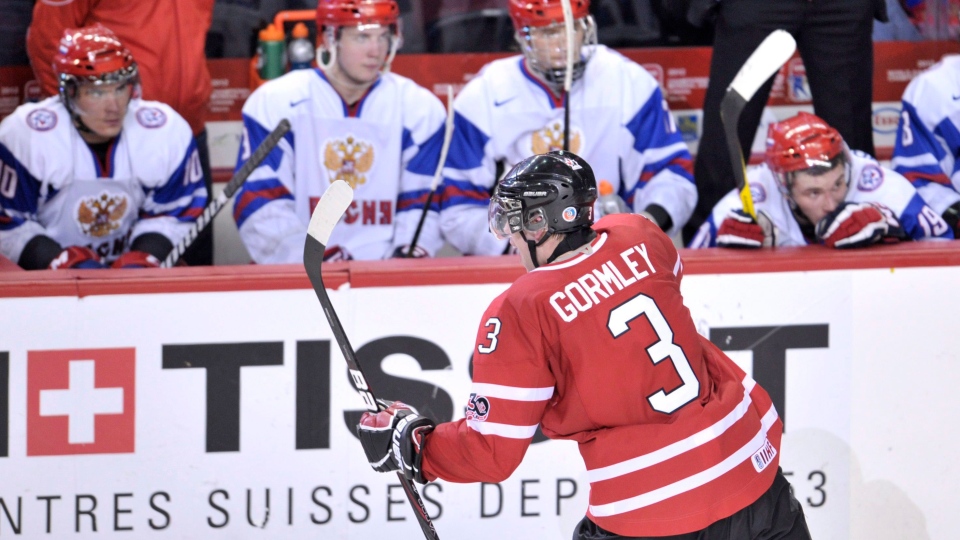 Gormely played 58 NHL games with the Coyotes and Avalanche. He’s split the last three seasons with three teams in Sweden and Finland.

In 2013/14, Murray played 66 games in his first of seven seasons with the Columbus Blue Jackets. Last October, he was traded to the New Jersey Devils.

Harrington was also part of the 2013 team that finished fourth. He’s played parts of four seasons in the NHL, all of them with Columbus. 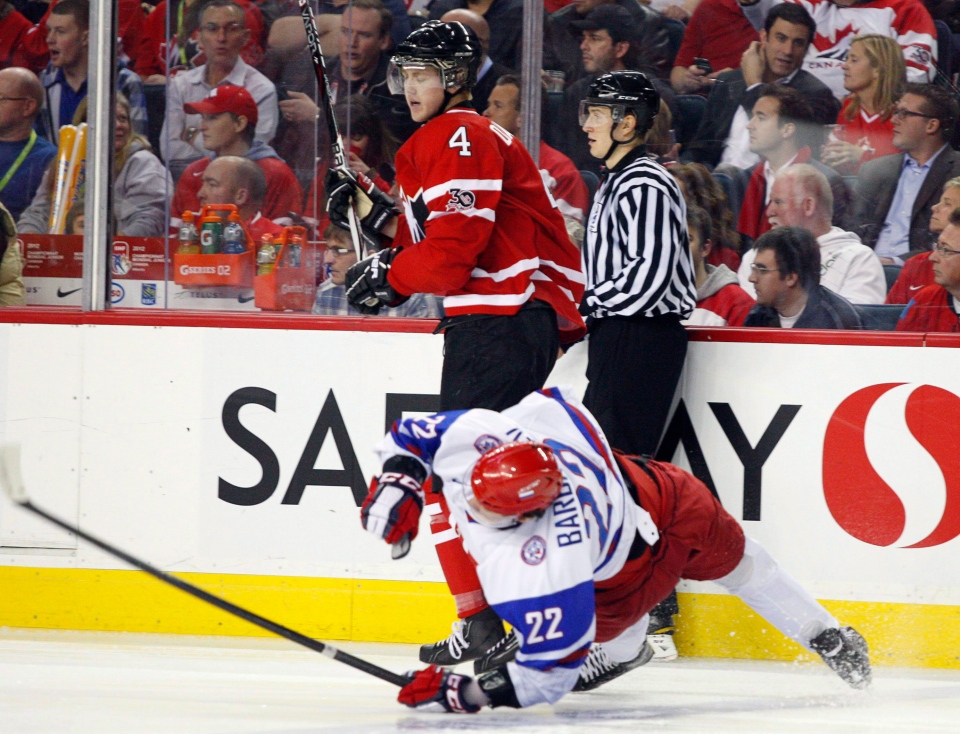 Hamilton returned to Team Canada in 2013 and made his NHL debut with the Boston Bruins two weeks later. He spent three seasons with the Bruins and three more with the Flames and will begin his third season with the Carolina Hurricanes next year.

Beaulieu has since played 370 NHL games for three teams, most recently the Winnipeg Jets last season.

The former Oil King has become an NHL regular, with over 400 games played. He spent the last four seasons with the Florida Panthers before signing with the Dallas Stars in October. 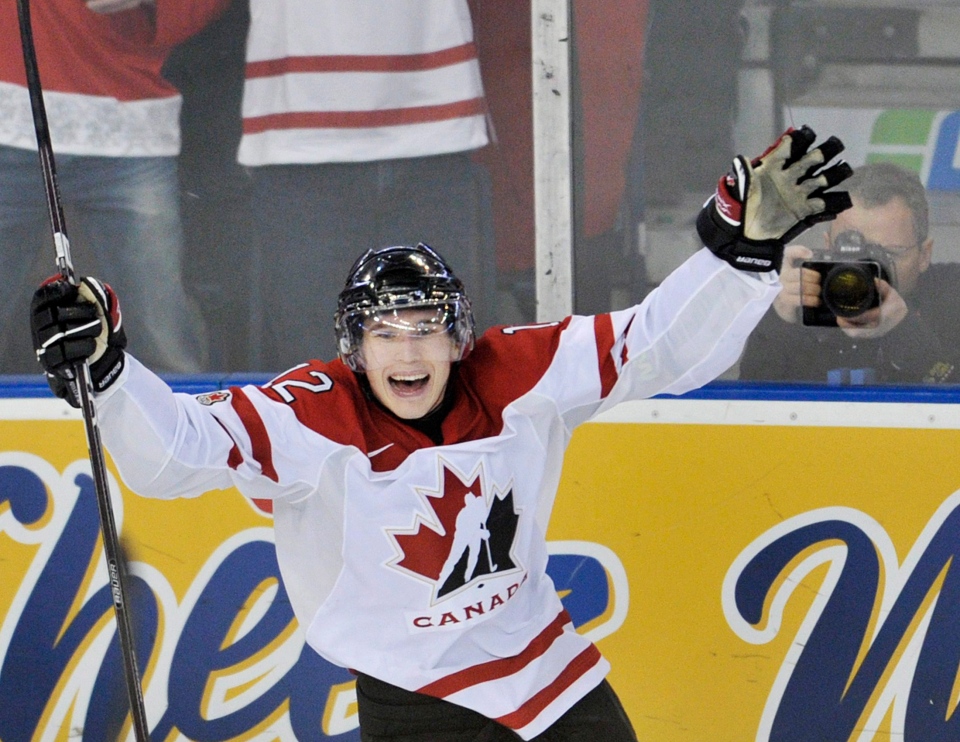 Gallagher has become a cornerstone of the Montreal Canadiens with nearly 600 games played for the team. The Habs signed him to a six-year contract extension in October.

Pearson spent his first five NHL seasons with the Los Angeles Kings before being acquired by Pittsburgh and then again by his current team the Vancouver Canucks. 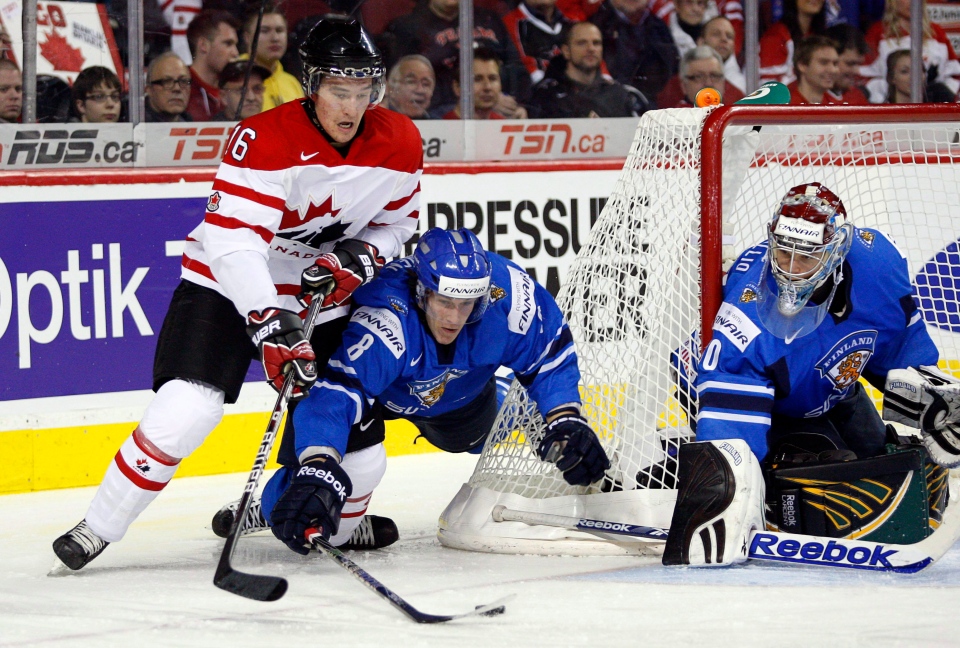 Stone led Team Canada in goals and points at the 2012 tournament. He made his NHL debut later that year with the Ottawa Senators in Game 5 of the team’s first round playoff series against the New York Rangers. He remained with Ottawa until partway through the 2018-19 season when he was dealt to the Vegas Golden Knights.

Strome has played in seven NHL seasons, most of them in New York first with the Islanders and now the Rangers. In between, he played for the Edmonton Oilers during 2017/18 and 2018/19 seasons.

Scheifele had already played a handful of NHL games for the Winnipeg Jets before the tournament. He’s still with the team and has scored 20 or more goals and 60 or more points every season since 2013/14. 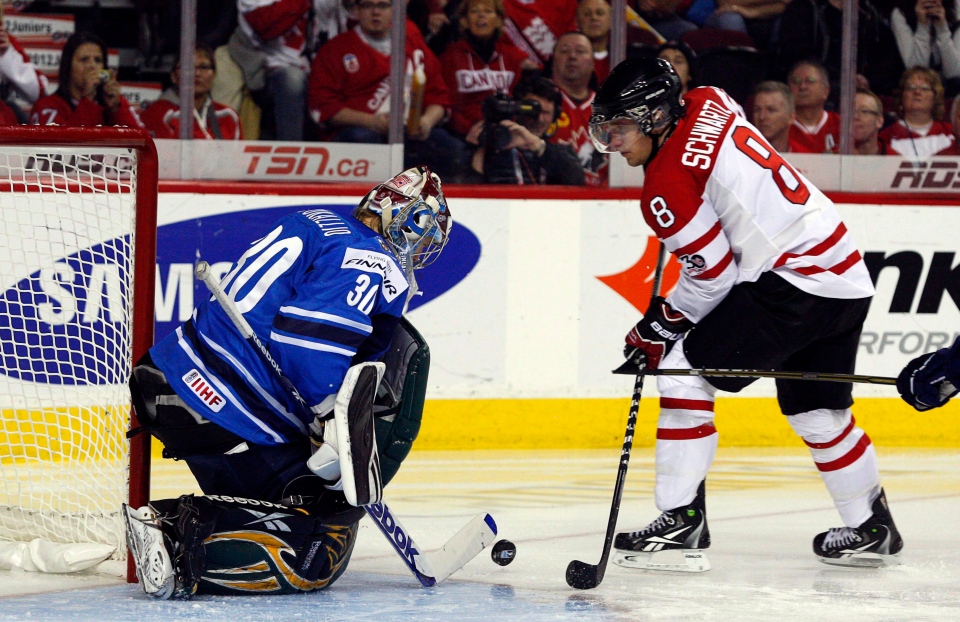 Schwartz made his NHL debut two months after the tournament and has sinced played parts of nine seasons for the St. Louis Blues including the team’s 2019 Stanley Cup win.

Bournival dealt with leg and shoulder injuries, but made over 100 NHL appearances for Montreal and Tampa Bay. He now coaches minor hockey in Quebec.

Connolly has gone to play for four teams in NHL career and won the Stanley Cup in 2018 with the Washington Capitals. He joined the Florida Panthers before the start of last season. 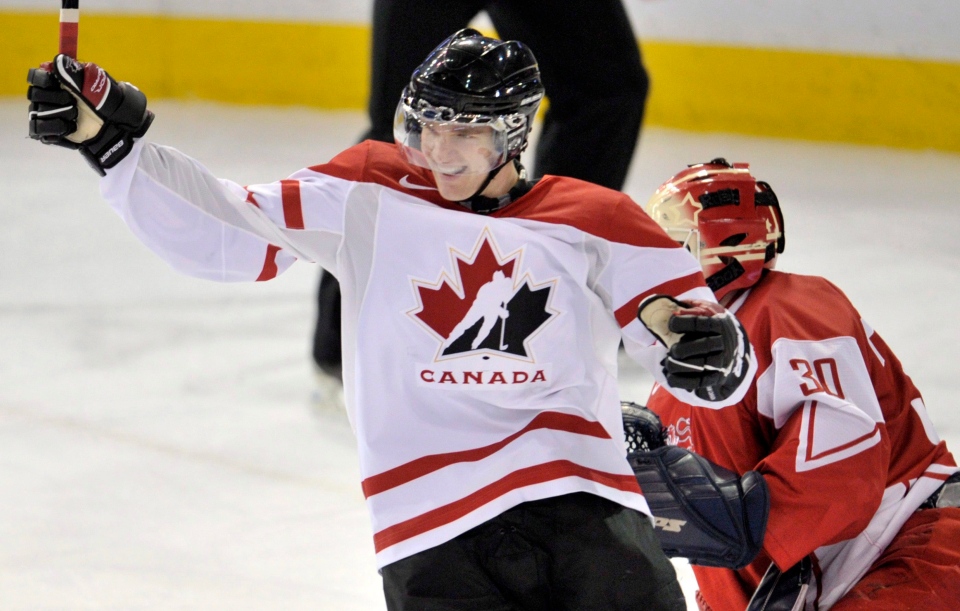 Huberdeau returned to Team Canada in 2013 and has racked up 150 goals in parts of eight seasons for the Florida Panthers.

Jenner broke into the NHL in the 2013/14 season and has remained with the Columbus Blue Jackets for the last seven seasons.

Howden appeared in 95 NHL games between 2012 and 2017 for the Florida Panthers and then the Winnipeg Jets. Since 2017, he’s played for four different teams in the Kontinental Hockey League.

Smith-Pelly played part of one only game after fracturing his foot while blocking a shot. He had his NHL debut before the World Juniors, and played 49 games for the Anaheim Ducks in 2011/12. He later played for Montreal, New Jersey and Washington, winning the Stanley Cup with the Capitals in 2018. He played last season in the KHL with China-based Kunlun Red Star. 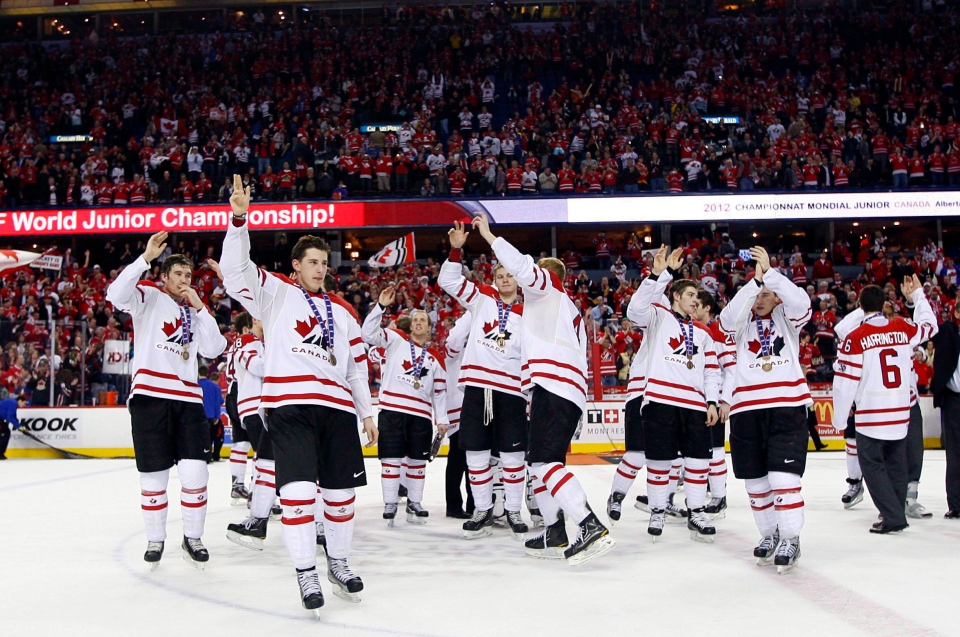