An Edmonton Public School Board spokesperson told CTV News it was made aware of the account over the weekend after posts surfaced on social media.

The school division's board chair said she was both angered and upset by pictures of the account called "Scona White Student Alliance." 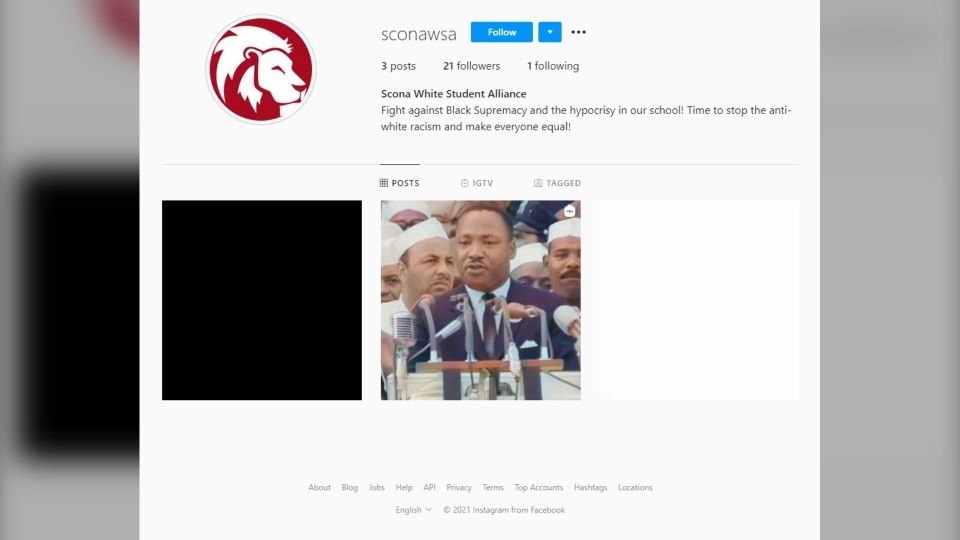 "It's just so blatantly racist and rooted in fear... (I'm) concerned that there are a group of students in our city and division that hold these views," Trisha Estabrooks told CTV News Edmonton.

"In some ways it was a reminder again that as a school division and a society, we have a lot of work yet to do in terms of actively being anti-racist."

According to Estabrooks, Strathcona School's principal has filed a police report, which she hopes will help identify how the account originated in the middle of Black History Month.

In a letter to parents, Principal Hans Van Ginhoven denounced the hate-filled act saying there is zero tolerance for accounts and posts like this.

“I have heard from many of our Black, Indigenous and People of Colour (BIPOC) students who feel unsafe and unwelcome at our school," he said. "This simply isn’t who we are, who we aspire to be, nor is it in keeping with our motto 'as one who serves.'"

A Sunday post read, in part, "White lives matter! ... We have been forced to sit in our classes and listen to some clowns ranting how terrible and racist are all whites. Enough is enough." 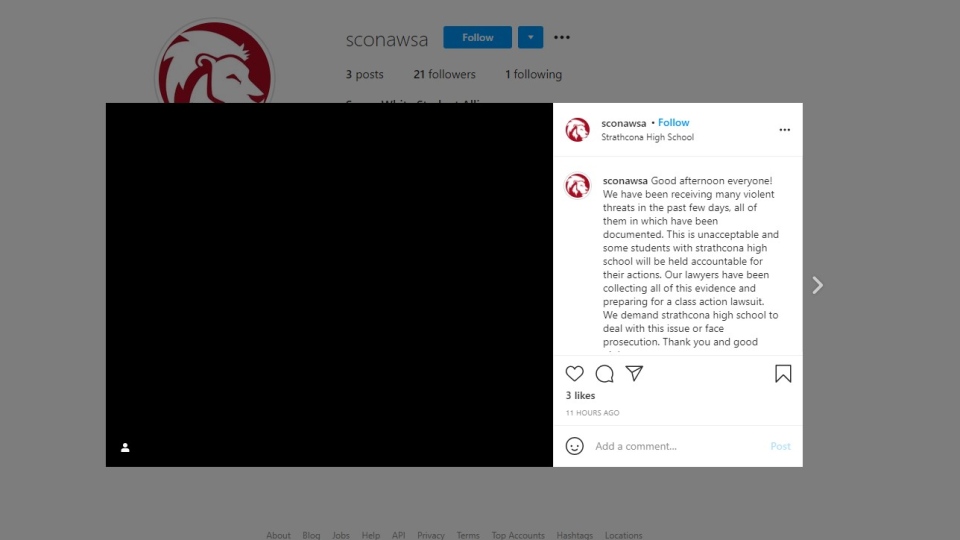 In a caption accompanying a Monday post featuring Martin Luther King Jr., the account also wrote, "Society is being dominated by victimhood and anti-white racism, we are slowly regressing back to the starting point where others are treated differently based on the color of their skin."

A Grade 12 Strathcona School student told CTV News Edmonton it looked like the profile was made after an in-school event for Black History Month.

"They had a conference where all the classes participated," Harry said. "You're basically slapping people that take the time to go out and do these events in the face by doing that."

Annaliese added, "I know that our school is a predominantly white school and I know that, of course, white privilege exists. And it was so great that we are finally celebrating Black History Month and have a BSA (Black students alliance).

"Just to see how people are reacting to it is really -- it's embarassing. Especially as a white person." 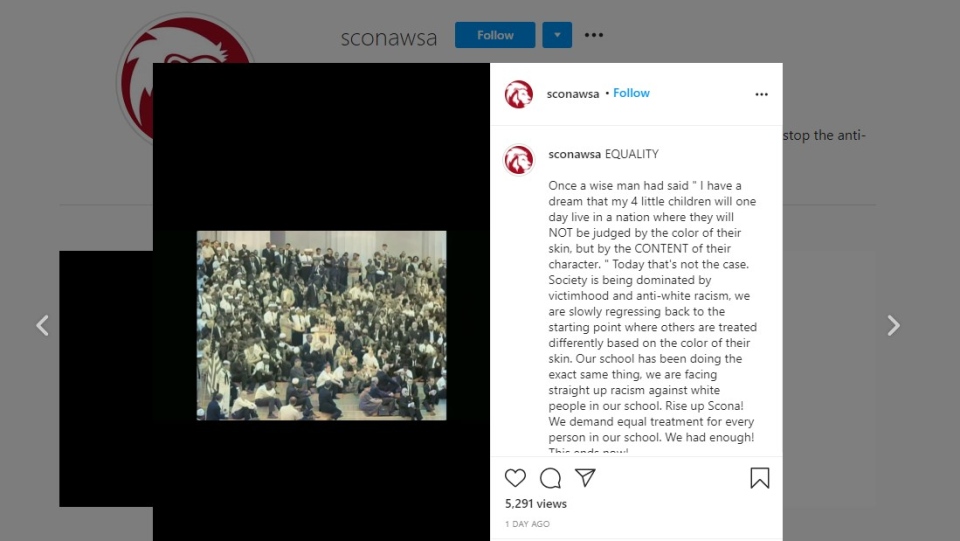 The profile was still public Tuesday morning, showing a temporary story posted one day earlier that read, "We are glad to see everyone had a great valentine's day. We want to thank all of you for the support and positive comments." Visible also was another post published Monday around 8 p.m. that said those behind the account had obtained lawyers to collect evidence of "violent threats" made against them.

The school issued a response on Tuesday, condemning the account and saying it reported it immediately.

“Our school and our division have zero tolerance for accounts and posts like this or for racism or hate in our school of community,”the school said. 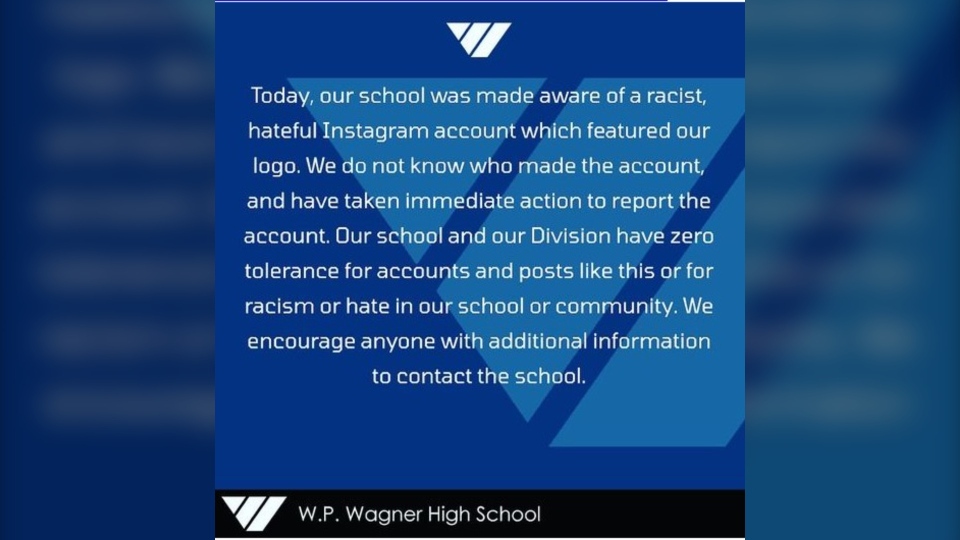