Raw, natural wines have made their way on to Edmonton's food and beverage scene.

Natural or limited-intervention winemaking excludes additives like yeast or sulphur. Farms don't use sprays on the crops and the product is often not filtered through fish bladders or egg whites.

“They’re a living product and they’re from the farmer to your glass. There’s been a lot of care and attention put into them.”

Many natural winemakers take more holistic measures to preserve the grapes and follow holistic pathways to ensure there’s no harm done to the plants, Bergsten explained to CTV News Edmonton.

“I’ve had winemakers call me and say, ‘I’m so sorry, Gabriella. We can’t release this wine this year because it’s not good enough.’”

Bergsten said because natural wines are typically made in small batches, there’s more risk involved for the winemaker and that’s reflected in the bottle price.

“You can have two bottles and they might not taste the exact same. It’s a piece of living art.” 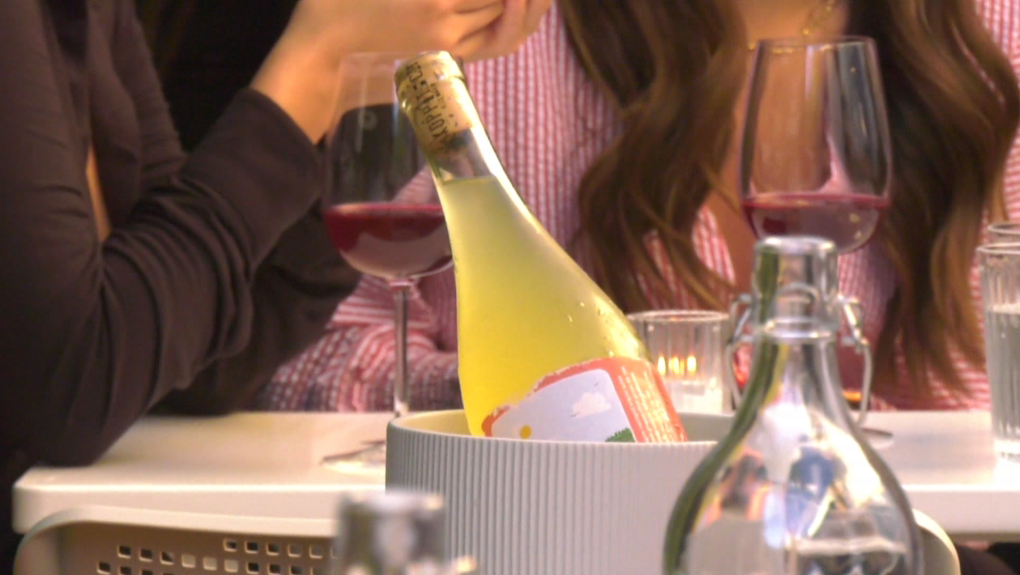 According to Bergsten, natural winemaking is not a new concept; it’s just picking up steam.

“Unless we want to call the Romans hipsters,” she laughed.

Derrick Jones, a co-owner of Darling, a natural wine bar south of the river, says the product is a way to “bring something new to the people of Edmonton” in a fun and approachable way.

Jones said a customer could come in Friday night for a bottle of wine and return Saturday to a completely new menu.

A winemaker and vineyard manager for Trail Estate Winery, Mackenzie Brisbois, told CTV News she makes a lot of “experimental wines,” some as small as 20 cases.

Brisbois said she does follows the minimal-intervention process but doesn’t completely rule out using interventions.

“It allows me the opportunity to craft a wine however I see fit. I’m not into sticking to a zero-additive regime because I don’t want to throw something out," she commented. "At some point in my career, there’s going to be some intervention.”

Brisbois prefers selling wine directly to a consumer, rather than through a distributor, because she can explain how the wine was crafted.

“If you see that wine on a shelf and you don’t understand it, you’re going to return it,” she said.

For example, when buyers see “wine diamonds” — crystals floating at the bottom of a bottle — in store it often gets returned because it can look murky.

Brisbois explained the taste of a natural wine can vary but often it’s drier than conventional wines.

“Taste, drink, talk and learn,” she said. “You just have to start drinking it to understand it.”

Another major difference is because there are no additives or sulphur protecting the wine's aging process, there is the possibility the wine can go bad.

“You can get flavours that are reminiscent of mice, which is not super pleasant,” Brisbois said.

Going the natural route, she told CTV News Edmonton, leaves a winemaker with “less tools in your tool box to fix any problems.

"So you better get it right the first time.”

While the process is time consuming, Bergsten told CTV News she appreciates the labour of love that goes into it.

“What I love about natural wine is seeing the passion behind everyone that makes it. It is a community.”

“There’s a good majority of guests that don’t know what natural wine is, or haven’t tried natural wine, or have had it but may have not known it was natural wine,” Jones added.

“It’s alive in the bottle.”