EDMONTON -- A window washer was rescued from a perilous situation on Friday afternoon, after he was left hanging from a window washing platform on the Stantec tower building.

“We noticed the window washing, the scaffolding was popping off,” Lindsey Roberts told CTV News Edmonton.

“We saw that he was hanging off and they were rescuing him.” 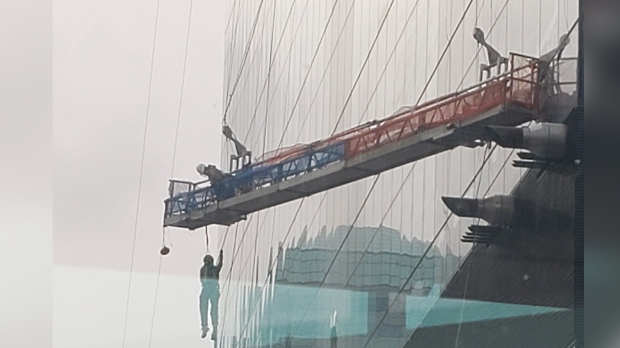 Video captured by a witness shows the window washing platform swinging back and forth wildly and smashing through windows in the tower and then the employee can be seen falling from the platform.

Emergency crews quickly rescued the worker with a bucket truck.

"Harsh winds blew scaffolding into Stantec Tower calling on the need for both a ladder truck and the technical rescue team," EFR said.

No one involved suffered injuries. 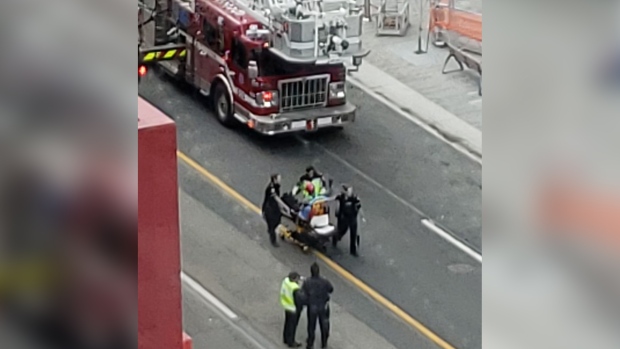 A wind warning was issued for the Edmonton area.

Occupational Health and Safety says they are aware of the incident.

The Stantec Tower in Edmonton is the tallest building in Canada west of Toronto.

PCL Construction said the cause of the incident is under investigation, and thanked firefighters for their help.