'You’re chasing it for three weeks': What goes into hosting the World Juniors? 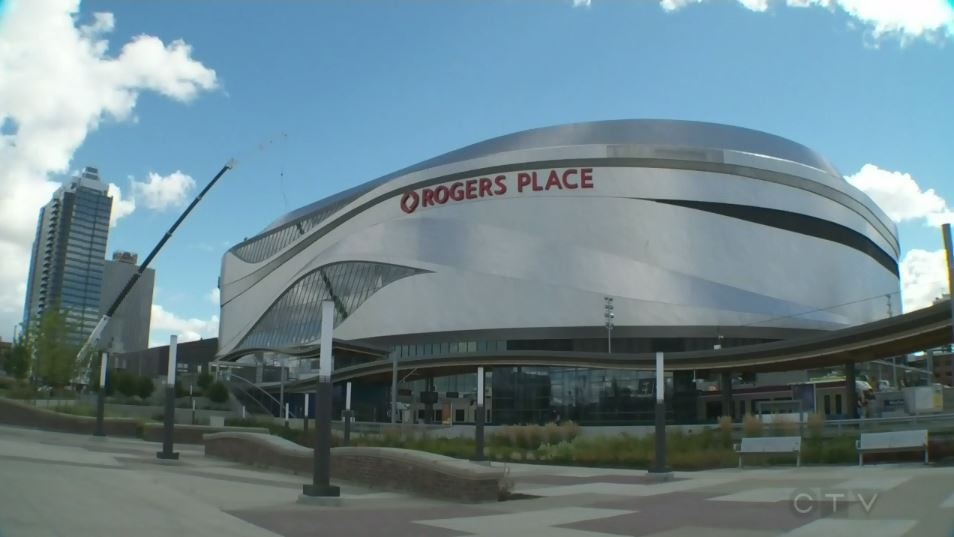 EDMONTON -- dir="ltr"> For the next 12 months, Rogers Place will remain  home of the Edmonton Oilers and Oil Kings. But, by this time next year, the arena’s transformation into Canada’s World Juniors house of hockey will be nearly complete.

“Really the last 12 months is pedal to the metal; everyone is getting organized,” said Riley Wiwichar, the event’s executive director.

Canada’s favourite holiday hockey fix returns to Alberta next December for the third time and first since 2012, but preparation to get the event and arena ready have already been underway for over a year now.

“They’re going from an Edmonton Oilers game one day and then two days later we have to be ready to go for a world championship,” said Wiwichar.

Games will be spread out across Edmonton and Red Deer, with Canada being based out of the Alberta capital in hopes of reaching the Jan. 5, 2021, final.

“2012 was seven years ago now and fans are ready to see some more hockey.”

While Hockey Canada’s preparations have been well underway, getting Rogers Place ready to welcome the world will, by necessity, be a quick turnaround before a mini marathon of games.

The World Juniors packs 32 games within 11 days over the two host cities.

“You’re chasing it for three weeks but our guys are really, really good,” said Stuart Ballantyne with the Oilers Entertainment Group.

Ballantyne says the Oilers expect to be playing home games as late as three days before the Dec. 26 tournament opener, leaving little time to get the ice, rink boards, signage and team facilities ready.

“Whether we’re doing Oilers and Oil Kings hockey or we’re doing international hockey for the World Juniors, it’s the same kind of day for us and we’re really excited about it.”

That transformation will start by layering the International Ice Hockey Federation and World Juniors sponsors logos over top the existing ice.

A crew of between eight and nine personnel will work nearly around the clock to keep the surface ready for what could be as many as three games in a given day, with as little as an hour between them, once the tournament starts.

“It’s not just about Team Canada, it’s about all those other games.”

It’ll be the biggest international hockey spectacle to date at Rogers Place after the venue hosted the Hlinka Gretzky Cup for under-18 players two summers ago and last year’s women’s game between Canada and the U.S.A.

“Anytime Canada is playing in any sport, people pay attention. And with hockey, it’s just that much more heightened,” Ballantyne said.

“We want to try and better everything that’s been done in the past.”

Ahead of the 2012 World Juniors, ticket packages sold out by the second week of January, more than 11 months before the event opened.

"The priority draw is the only way for fans to guarantee their chance to see the tournament live and in person," said Hockey Canada's Dean McIntosh in a release.

Wiwichar says a call will be put out in January for the more than 800 volunteers needed to put on the event.

“They’re a huge part,” he said of the volunteers. “We couldn’t run this event without them.”

The tournament opens on Dec. 26, 2020, with games at both Edmonton’s Rogers Place and Red Deer’s Westerner Park Centrium.

This year’s World Juniors from the Czech Republic begin on Boxing Day with Canada taking on the United States.