Roadway maintenance and construction season in Edmonton continues, yet, the city has issued zero photo radar speeding tickets within construction zones this year.

The City of Edmonton currently lists 213 traffic disruptions and has approximately 975 active on-street construction and maintenance permits, but according to city administration, there are no photo radar stations installed in or near construction zones.

In December 2019, the United Conservative Party government implemented a moratorium on new photo radar locations throughout the province.

“Due to this moratorium, the city has been unable to create any new automated enforcement sites since that time, including sites related to construction,” said Jessica Lamarre, Edmonton’s director of safe mobility, in a statement to CTV News.

“Given the ongoing moratorium, there is no automated enforcement for construction zones in 2021, but the Edmonton Police Service (EPS) continues to have the authority to enforce speed limits in these locations,” Lamarre added. 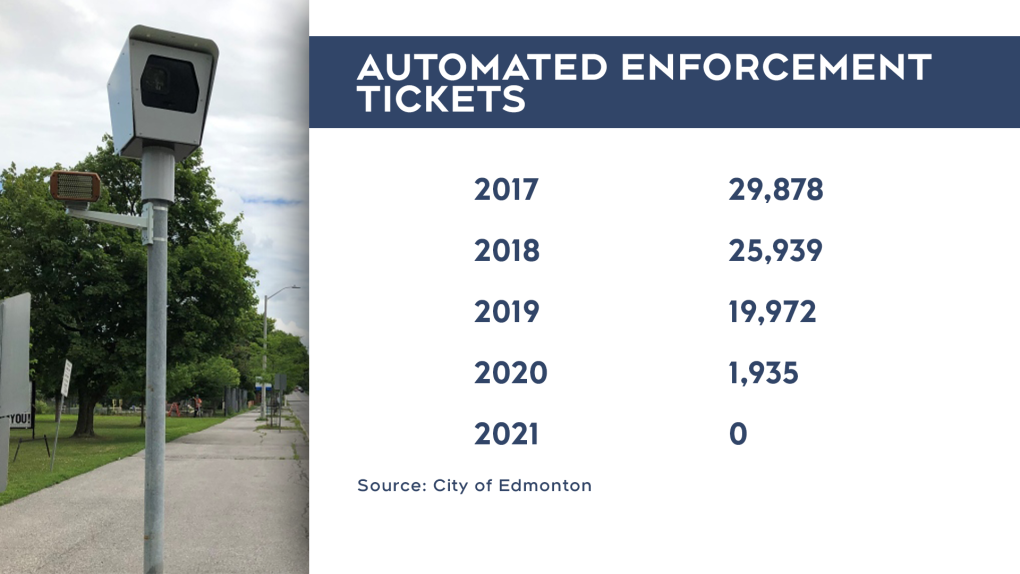 Lamarre said the tickets issued in 2020 were allowed under the moratorium since the automated photo radar was placed in locations previously in use.

The city has not received any timeline on when the moratorium will be lifted.

Rob Williams, press secretary to the minister of transportation, told CTV News in a statement that the intent was to keep the moratorium in place until Nov. 30 this year or until changes to automated traffic enforcement could be made.

“Those talks are ongoing,” Williams said. “If there are concerns with speeding in construction zones, the City can work with the Edmonton Police Service to use conventional speed enforcement to keep workers safe.”

CTV News reached out to EPS for the number of tickets they have issued in construction zones for 2021, but it was unable to provide that data.