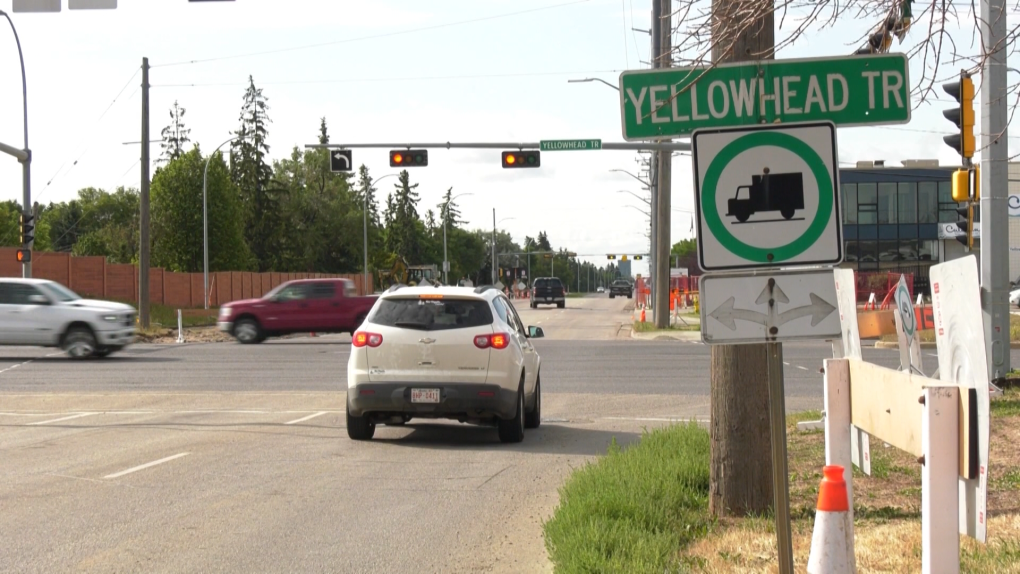 Edmonton is revamping parts of the Yellowhead Trail with some areas seeing additional lanes and some intersections being removed or modified.

“Motorists can continue to access Yellowhead Trail using 118 Avenue or 123 Avenue to 156 Street, and 118 Avenue to St. Albert Trail,” said Derek Logan with the city in a news release.

In addition to the permanent closure, 142 Street will be closed between Yellowhead Trail and 124 Avenue for around eight weeks, according to the city. Traffic will detour on 124 Avenue or 123 Avenue.

Other intersections being closed include 149 Street and 124 Street. Interchanges at 121 Street, St. Albert Trail and Victoria Trail are also slated to be modified.

A previous version of this story stated the closure would occur on Wednesday, but the city has revised the date for Thursday.