2 hospitalized after crash in Leduc County 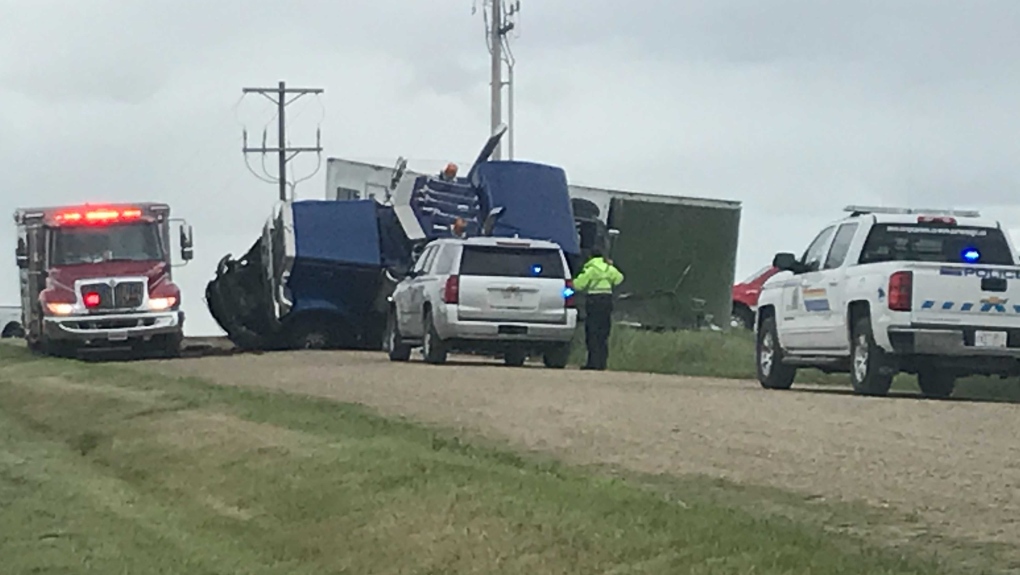 Leduc RCMP are asking motorists to avoid Range Road 245 and Township Road 484, south of Leduc, after a collision between a horse trailer and a garbage truck on Thursday morning. (Galen McDougall/CTV News Edmonton)

EDMONTON -- STARS flew a garbage truck driver to hospital after he was injured in a crash with a semi in Leduc County on Thursday.

A passenger in the garbage truck was taken by ground ambulance with serious injuries to hospital as well; the semi driver, a 57-year-old man, was not injured, according to Mounties.

RCMP and Millet firefighters were called sometime before noon to Range Road 245 and Township Road 484, south of Leduc. 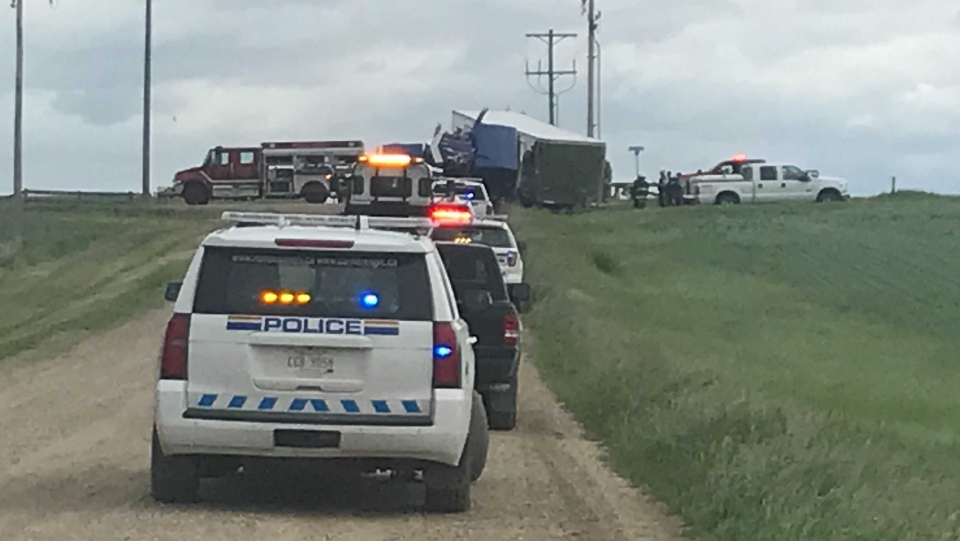 The semi was pulling a trailer with three horses on board at the time of the crash. One remained stuck in the trailer as of noon but was freed with the help of a veterinarian.

The animals sustained minor injuries, RCMP said. They are investigating.

Commuters were asked to take alternate routes if possible, and if not, to leave room for emergency responders.