2 killed in crash on Highway 28 north of Edmonton 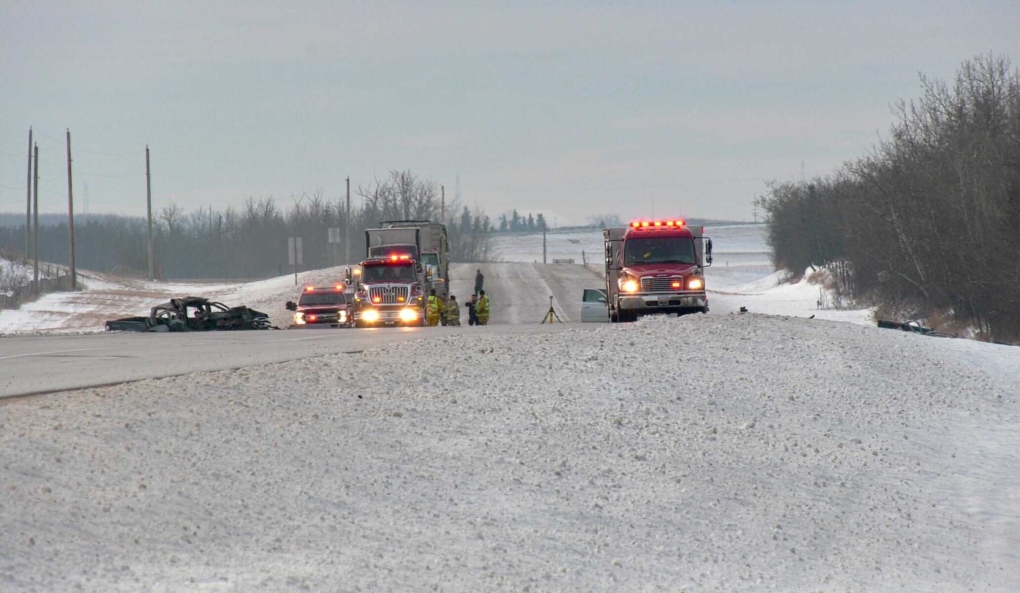 Icy road surface conditions are believed to be a factor leading to a double fatal crash on a highway north of Edmonton on Thursday morning.

According to police, a pickup truck was northbound on Highway 28 when it lost control just before 7 a.m., between Township roads 564 and 570, sliding into the opposing lane of traffic where a southbound semi-trailer struck it.

Flames engulfed the truck as it then came to rest in the east ditch as the semi slid into the west ditch.

The two occupants of the pickup truck were declared dead at the scene.Their names and ages are not going to be released, Mounties say.

No injuries were reported by the semi-driver and lone occupant.

The semi-tractor trailer unit was hauling nitrogen gas, RCMP say. Environment Canada officials were called to the scene and coordinated the clean-up of an undisclosed amount of nitrogen.

Highway 28 was closed for the majority of Thursday as police investigated, and the scene was cleared.

Earlier in the morning, freezing rain iced up roads throughout the Edmonton region. Weather alerts were issued as far north as the M.D.s of Big Lakes and Opportunity, and south to Ponoka.