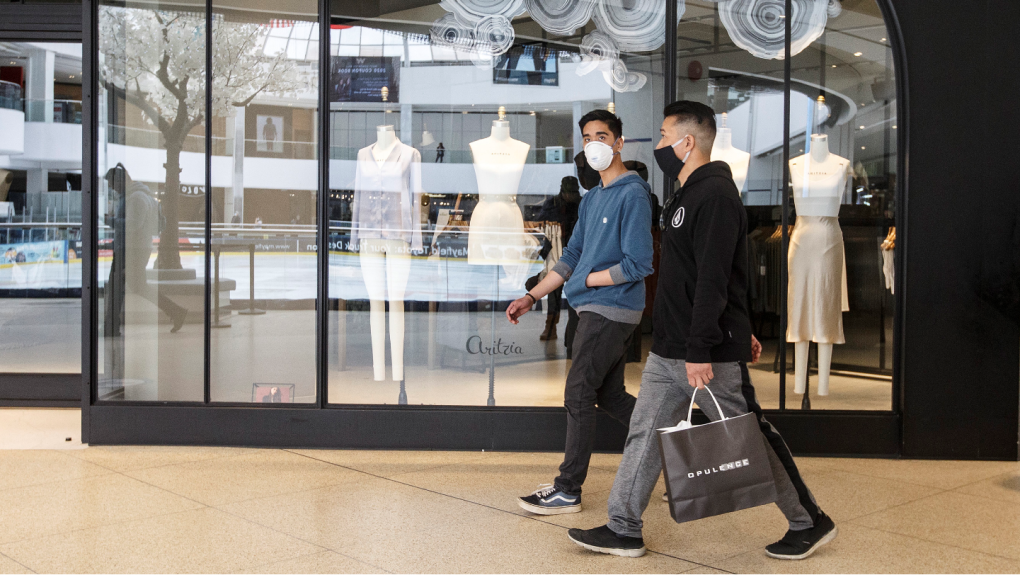 Shoppers walk past stores in the West Edmonton Mall on the first day of the mall's reopening during the COVID-19 pandemic, in Edmonton on Thursday, May 14, 2020. THE CANADIAN PRESS/Jason Franson

EDMONTON -- Another three Albertans have died of COVID-19 over the weekend as the province added 359 new cases, according to an Alberta Health spokesperson.

The province initially released data for Friday, Saturday and Sunday's case count but later retracted it, citing an error and updated it again later on Monday afternoon.

The three reported deaths were all men, two of them in their 60s and one in his 80s. One of the deaths was attributed to each of the north, south and Calgary zones.

A majority of the province's 1,132 active cases are in the Edmonton zone, which covers an area bigger than the city itself.

The city of Edmonton saw an increase of 172 new cases over the weekend, and saw its active case count rise by 84.

Those increases put the city on the province's watch list, after exceeding an 50 active cases per 100,000 residents.

"The province is monitoring the risk and discussing with local government(s) and other community leaders the possible need for additional health measures," reads the province's website.

Dr. Deena Hinshaw, the province's chief medical officer of health, will return on Tuesday for an in-person update.