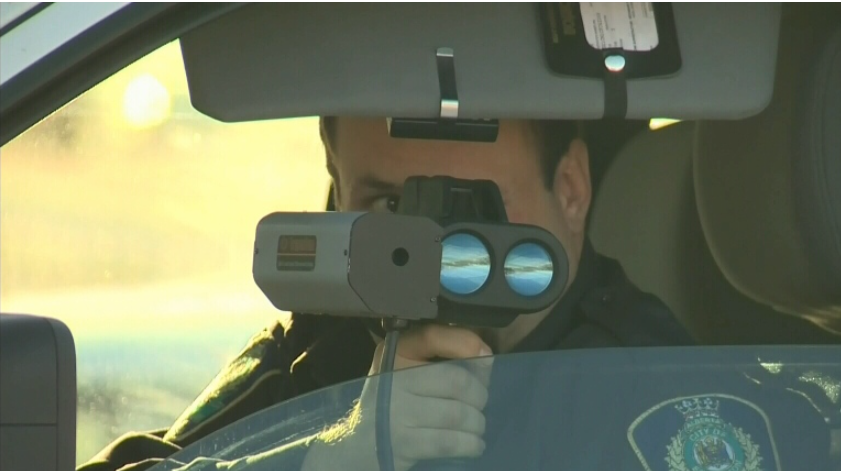 Drivers of Alberta government fleet vehicles routinely flouted the law over a two-year period, racking up hundreds of tickets, including several for going more than 40 km/h over the limit, according to government records.

The data from between May 2019 and May 2021 was obtained by a freedom of information request for a roster of fleet vehicles and tickets received.

It shows government drivers were regularly cited for speeding, illegal parking, as well as for running red lights and stop signs.

The worst offenders included a 2020 Subaru Ascent assigned to the Ministry of Health.

It was nabbed for 10 speeding tickets over the two-year period, including three in April 2020 alone, with one notice for going as much as 30 km/h over the limit.

Total fines for that Ascent amount to more than $1,265, averaged across the maximum and minimum fines for each speeding offence, the highest of any other fleet vehicle.

The costliest vehicle overall was a 2019 Nissan Murano assigned to the Natural Gas and Electricity Associate Minister’s Office that was ticketed 11 times within two years.

The ministry says the vehicle is used by multiple drivers.

Their violations included two parking tickets in Edmonton on the same day in February 2020, as well as four speeding tickets in the final five months of that year.

The Murano’s tickets amounted to more than $1,350 averaged across minimum and maximum fines.

About one in 13 drivers in injury crashes was speeding, and about one in four drivers in fatal collisions was travelling at an unsafe speed, according to annual reports on all Alberta collisions from the Ministry of Transportation.

Data shows that 42 per cent of fleet vehicles from the Ministry of Children’s Services received a ticket over that time, the highest percentage of any other ministry.

Among them, a Nissan Pathfinder that was caught ripping through a speed trap at more than 40 km/h over the limit in Coaldale in November of 2020.

The ticket came 11 months after police in Lethbridge clocked the same SUV going as much as 30 km/h over the limit.

Children’s Services also had the highest rate of tickets per vehicle of any ministry, with more than 50 fleet vehicles, with 194 tickets among 287 vehicles.

A ticket for driving 40 km/h over the limit is at least $311 but, like all speeding tickets, can be significantly higher depending on exact speed and if the offence occurred in a construction or school zone.

Service Alberta administers the government’s fleet vehicles and says drivers are responsible for paying their own tickets.

“All users (employees and other officials) are fully accountable for paying the costs of any violation tickets they incur while operating Government of Alberta vehicles,” reads a statement from the ministry.

It says vehicles are assigned to specific individuals and can also be shared among drivers based on each department’s individual needs.

Currently, individual managers are responsible for reviewing driving records, according to Service Alberta.

Vehicles assigned to the Ministry of Justice and Solicitor General drew the most tickets of any ministry with 245.

That includes a Ford F-150 that was ticketed twice on the same day last April in Fort Saskatchewan, one for going at least 40 km/h over the limit.

The ministry also had the third-most number of fleet vehicles with 701, according to the data provided.

The most frequent offenders weren’t limited to those ministries with the biggest fleets.

The four vehicles registered to Executive Council were nailed for 27 tickets over the two-year period, the highest per vehicle rate of any ministry.

Those included a 2020 Nissan Murano that got four speeding tickets within a three-month period in 2020.

Fleet sizes range by ministry from a handful of vehicles to more than a thousand for the Ministry of Environment and Parks.

Government fleet vehicles are largely sedans, SUVs and pickup trucks but also include heavy-duty trucks, cargo vans as well as two vintage fire engines registered to Environment and Parks that are used in parades.

Drivers were ticketed in 25 municipalities across the province as well as in three locations in Saskatchewan.

As provinces rely more heavily on rapid antigen tests as part of their strategy to curb the spread of COVID-19, there have been concerns over the possibility of false positive results. A University of Toronto study has produced new data shedding light on the likelihood of such events.