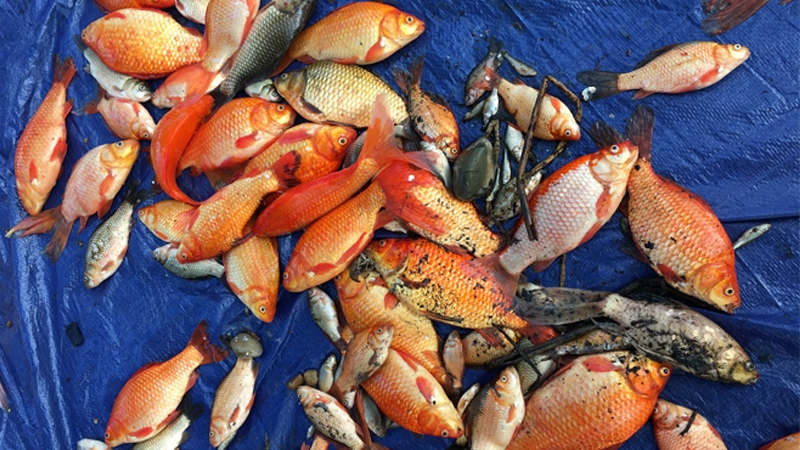 The City of St. Albert removed 240 fish, totalling 120 kilograms, from Lacome Lake during a recent cull of invasive species. Submitted.

A 76-centimetre long, nine-kilogram goldfish was the largest specimen removed from Lacombe Lake during a recent cull of the invasive species.

A goldfish removal program was scheduled to take place from September 4 to October 2 after invasive Asian goldfish were found in Lacombe Lake.

Christian Benson, manager of environment for the City of St. Albert, said the cull resulted in 240 of the larger goldfish, also known as koi, being removed from the lake. The total mass of those removed was 120 kilograms.

The City of St. Albert found 16 “very large” fish that were measured between 30 and 76 centimetres.

The largest, which weighed nine kilograms, was the largest recorded in Alberta.

The city said all of the fish were collected after the first application of Rotenone, and that the second application did not yield any fish.