'A time for reflection': Edmontonians show support for reconciliation on Canada Day

'A time for reflection': Edmontonians show support for reconciliation on Canada Day

Edmontonians marked Canada Day but for some, the federal holiday this year was a time for reflection and not celebration.

Thousands swapped their traditional red and white for orange – a colour change to help honour the children who died at residential schools.

After the discoveries of unmarked grave sites at Kamloops and Cowessess, many believed Canada Day should be marked in a different way to be more inclusive of the reality colonialism played.

“Today brings a lot of sadness for the Aboriginal children that went missing,” Billie-Jo Wolfe said. “We need to reunite together.

“It’s been a really emotional week,” she added. “Just knowing what happened to our Aboriginal children and being in residential schools it’s been a big effect on native people and non-native people.”

The convoy left the reserve west of Edmonton and proceeded to Wetaskiwin for further events and ceremony. 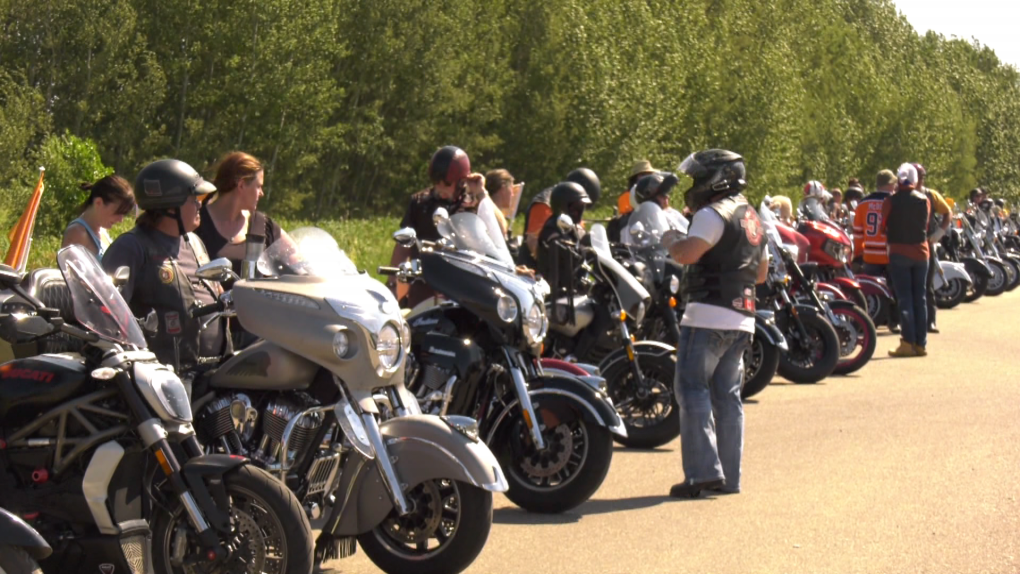 Wolfe said she is happy more are aware of the tragedies that happened at residential schools but hopes that can now be turned into productive collective action.

“It’s beautiful that we can come together and support each other in this,” she added. “I feel proud to be Indigenous and to have that support of non-Indigenous.” 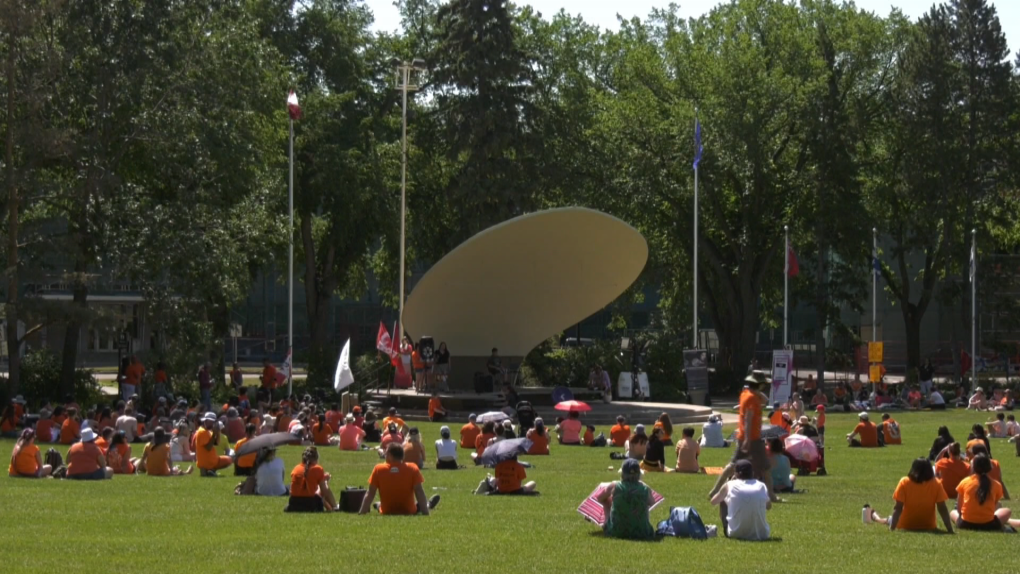 Shirley Gardypie was ripped from her home as a child as part of the 60s Scoop.

“I had to put my children in residential school as a single parent,” she shared. “But I never knew the damage it was actually doing.”

As she stood with the marchers on Canada Day, Gardypie said she finally feels like she is starting to be heard.

“I am just grateful for what is happening right now,” she added.

“We finally are supporting one another,” she said. “It’s reuniting our people again as a family unit.” 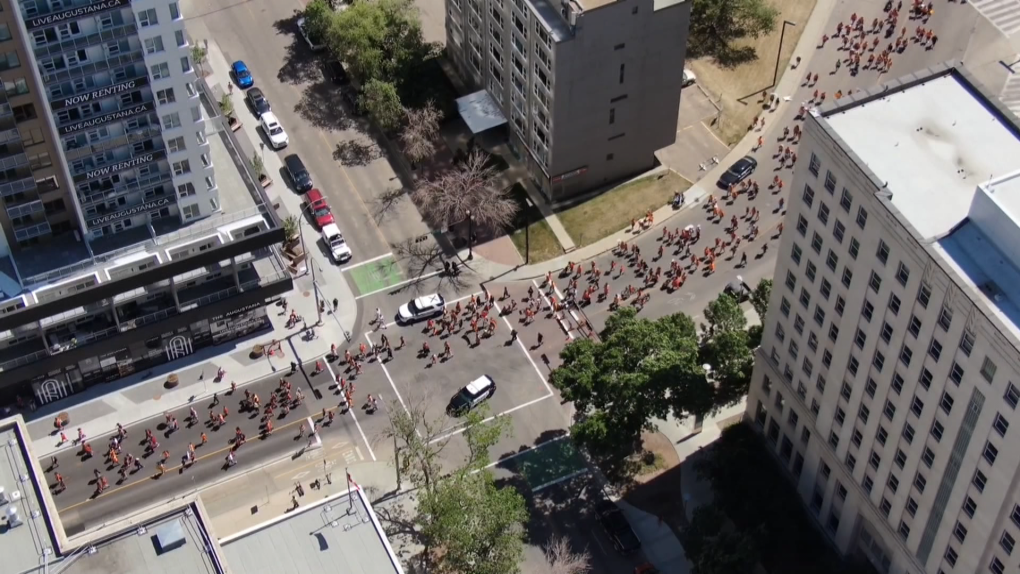 One Edmonton community league pivoted its plans to host a Canada Day parade to hosting a reconciliation parade and picnic.

“I think people thing of Indigenous people as being ethereal, like they don’t live right next door to us,” said Danny Hoyt, Riverdale Community League president. “I don’t want to walk pas their house waving a Canadian flag today when it’s just not appropriate.”

The parade travelled from Riverdale School to the community league hall. The event included Indigenous speakers and performers as organizers handed out orange ribbons and books by Indigenous authors.While many traditional festivities to help mark Canada Day were cancelled, the City of Edmonton will still have fireworks at 11 p.m.

The Edmonton Youth Council pushed to cancel the firework display as they believe it would be tone deaf and distract from reconciliation efforts.

“When Indigenous people, the people who have lived on this land for decades are calling for this, when you have Chiefs and professors from several post-secondary institutions calling for a day of reflection, maybe it’s time to consider those perspectives,” said Anuj Krishnan, vice-chair of the City of Edmonton Youth Council.

Andre Corbould Edmonton’s city manager, said in a statement to CTV News Edmonton, that the city listened and considered many perspectives about whether to host a fireworks display.

They decided to balance reconciliation with “traditions of summer” by lighting the Walterdale Bridge, High Level Bridge, city hall, and the Muttart Conservatory in orange, asking citizens to wear orange and reflect on the impact of the residential school, and still hosting fireworks.

Edmonton Mayor Don Iveson said the decision to go ahead with the fireworks was made in consultation with Treaty Six leaders.

“We inquired about the sensitivities around fireworks and in the end there was not a specific request from Treaty Six to not proceed with fireworks but guidance to say 'Here’s how the day should be approached and if there are to be fireworks, this is how it should be presented,'” Iveson said.

The City of St. Albert will not be holding a firework display this year. The location previously used for the display, Mission Hill, is the former site of the Youville Residential School.