After 2 postponements, Rage Against the Machine cancels Alberta shows

After 2 postponements, Rage Against the Machine cancels Alberta shows 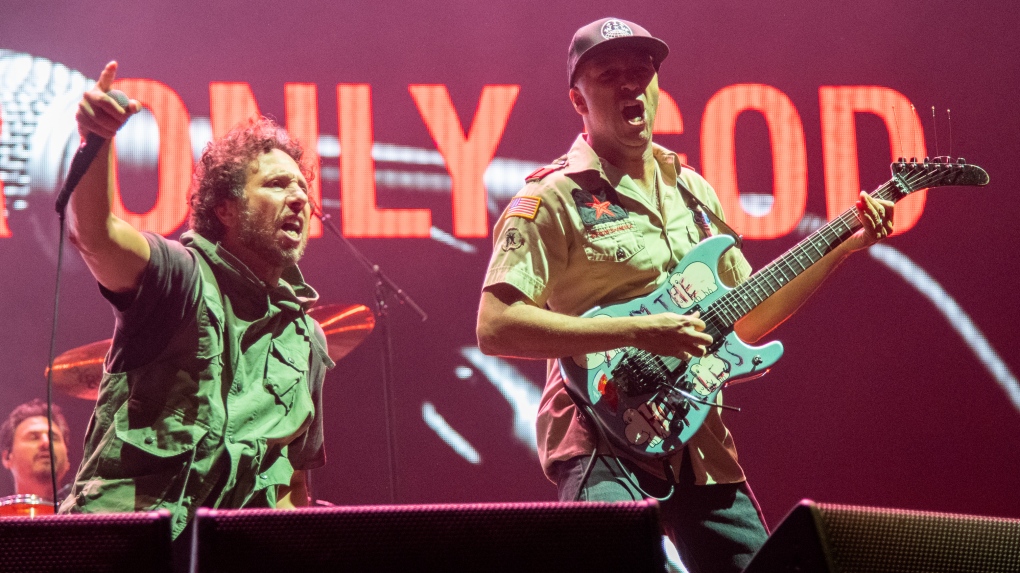 Zack de la Rocha, left, and Tom Morello of Rage Against the Machine perform during the Festival d'Ã©tÃ© de QuÃ©bec on Saturday July 16, 2022, in Quebec City. (Photo by Amy Harris/Invision/AP)

Albertans who bought tickets more than two years ago to rock out to Rage Against The Machine will not be going to the show, and will get refunds instead.

The band announced Tuesday morning the cancellation of the rest of its 2023 North American tour including stops in Edmonton and Calgary.

Tickets for the "Public Service Announcement" tour originally went on sale in February 2020.

The band planned to swing through Alberta with two shows in May 2020, but the pandemic forced the postponement of those events until May 2022. The rescheduled dates were then pushed back to March 2023.

A statement from lead singer Zack De La Rocha explained that he has a leg injury that has forced him to stop performing, while putting his career and "basic functionality" at risk.

"I have a severe tear in my left achilles tendon and only 8% of my tendon was left intact. And even that portion was severely compromised," a statement on the band's website said.

"I hate cancelling shows. I hate disappointing our fans. You have all waited so patiently to see us and that is never lost on me. I never take that for granted. For you I have the ultimate gratitude and respect."

Ticketmaster said refunds will be processed automatically and should be completed within 30 days.

Canadians can now apply for new dental benefit: here's how

As of Dec. 1, eligible Canadians can apply through the Canada Revenue Agency to receive funding as part of the first ever federal dental-care program, and as of Dec. 12 applications will open for low-income renters looking to access the one-time top-up to the Canada Housing Benefit.