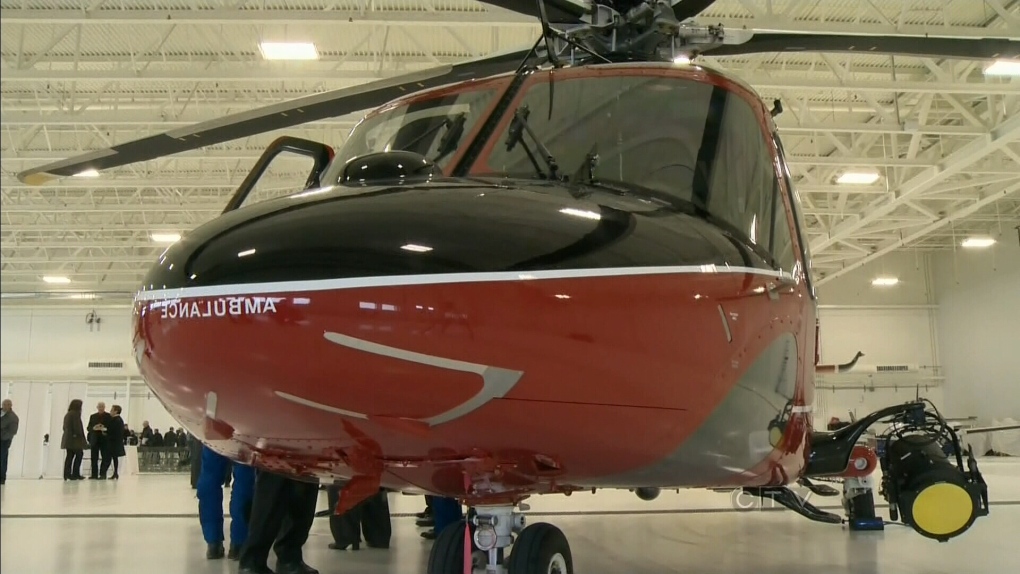 Look inside new air ambulance base at Edmonton International Airport. 2013.

EDMONTON -- Alberta Health Services will not be closing air ambulance bases in the province's north, as was recommended to the government to save $2 million.

AHS confirmed to CTV News on Thursday it would only start to consider the cost-saving measure nearer to the end of its 10-year air ambulance service delivery contract.

The contract was signed one year ago.

A government-commissioned report by Ernst & Young found between $1.5 billion and $1.9 billion in potential savings could be made across Alberta Health Services.

AHS has 11 aircraft and 10 air ambulance bases throughout Alberta.

"In these facilities, most transports do not originate in the aircraft’s community base location," the report reads.

"An assessment of volumes, transport routes, and costs suggests that some of these bases could be consolidated with higher utilized bases. These communities would continue to have air ambulance services to maintain service delivery, with aircrafts relocated to nearby locations."

The report suggested maintaining the base in High Level and expanding the bases in Grande Prairie, Edmonton, Calgary and Medicine Hat to cover those that had been decommissioned.

It was one of 57 recommendations made, alongside increasing private lab service and outsourcing non-clinical services like food and laundry.

"AHS is evaluating the opportunities presented in the AHS review, and prioritizing the recommendations in the report," it said in a statement to CTV News on Thursday, adding it would announce a plan of its next steps by mid-May.

"As we move forward with prioritizing and implementing the Review’s recommendations, we will work closely with our communities, patients, physicians and employees. Implementation won’t happen overnight.  Many decisions must still be made."

The province is spending $20.6 billion on health this year, about 40 per cent of the provincial operating budget.