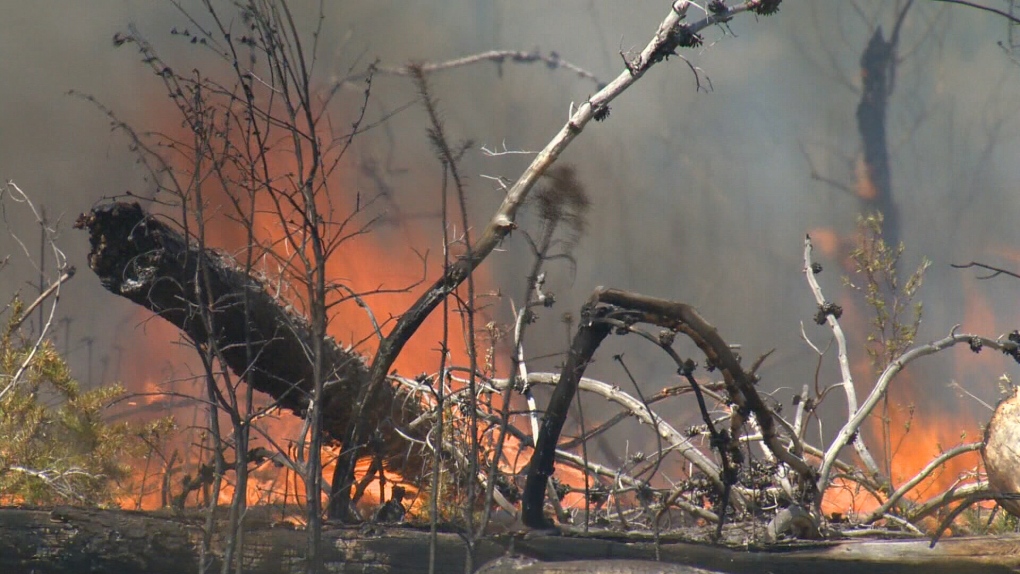 EDMONTON -- Wildfire season and the COVID-19 pandemic are projected to peak at the same time. The province is taking steps to reduce the number of human-caused wildfires, including new fire bans and hiring 200 extra firefighters.

"We don't need the added burden of a wildfire this year," Agriculture and Forestry Minister Devin Dreeshen said on Tuesday afternoon. "Albertans have shown they're willing to do their part to stop the spread of COVID-19. Now, at this critical time, we are asking you to do your part in preventing human-caused wildfires."

According to the province, the new measures will reduce the fire risk and ensure that Alberta is well prepared to handle peak wildfire season.

The government is investing $5 million to hire and train 200 firefighters to be deployed around the province as needed.

Dreeshen also announced a temporary fire ban and a ban on off-highway vehicle (OHV) use within the Forest Protection Area. Both take effect on April 15. 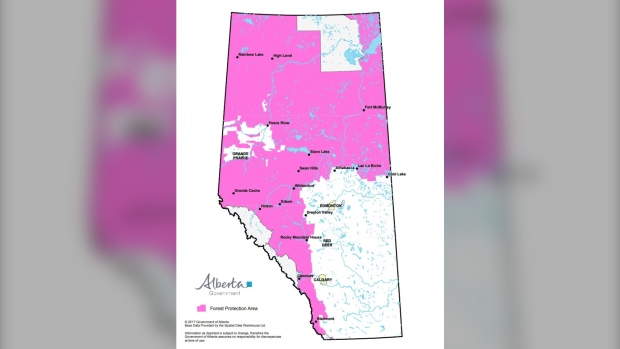 "While this may change plans for some, our first priority is and always will be to protect Albertans and ensure our communities are safe," Dreeshen said.

OHV use on private land is exempt. Indigenous people are exempt from the OHV restrictions if the vehicles are being used for traditional purposes.

Fines for non-compliance are being doubled, up to $600 for violating the fire ban and $1,200 for defying the OHV restrictions.

Dreeshen says individuals could also be held liable for the costs of fighting a wildfire.

The government is investing an extra $20 million in FireSmart programming, helping to reduce hazards and supporting at-risk communities.

To help manage what could be multiple disasters at the same time, a new Pandemic Response Planning Team has been created to support the Provincial Operations Centre.

The centre will continue to collaborate regularly with municipalities on emergency management.

"I believe that we are as ready as we can be for the upcoming disaster season," Alberta Emergency Management Association director Shane Shriver said.

He called on Albertans to behave responsibly and follow these restrictions and those of the chief medical officer of health.The UCP government cut a firefighter training grant in Budget 2020. In November, it ended a program for firefighters who rappel from helicopters to fight forest fires, which Dreeshen said at the time would help modernize the province's wildfire strategy.

He said Tuesday that those firefighters were rehired but the rappel program will not return.