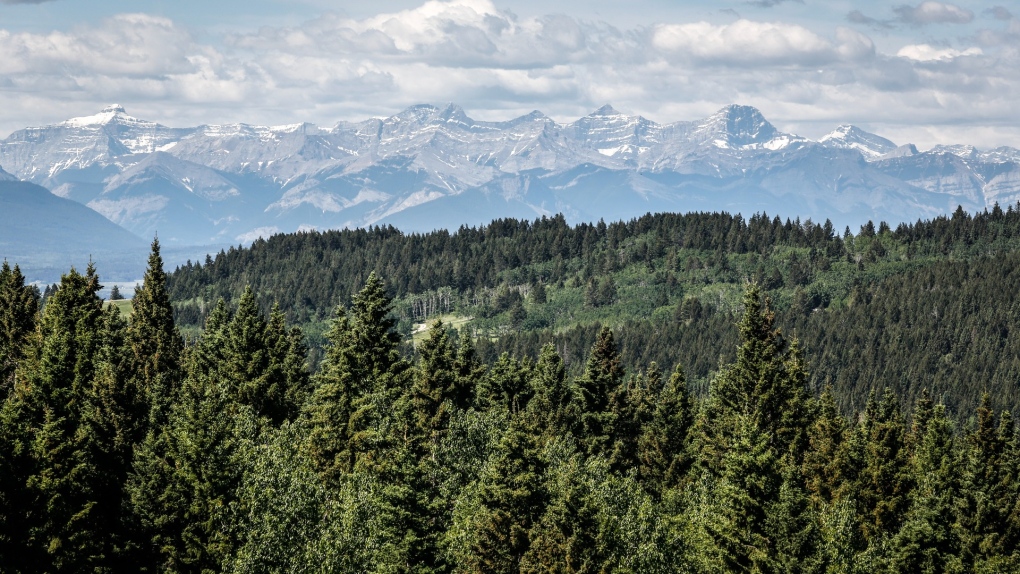 A section of the eastern slopes of the Canadian Rockies is seen west of Cochrane, Alta. on June 17, 2021. (THE CANADIAN PRESS/Jeff McIntosh)
EDMONTON -

Big 7 Travel ranked their top 50 most beautiful movie locations around the globe, and the province of Alberta made it in.

The list featured many iconic locations such as Ta Prohm Temple in Cambodia, which topped the list, as the backdrop for Laura Croft: Tomb Raider, starring Angelina Jolie. Matamata, in New Zealand, as Hobbiton from The Lord of the Rings and Kualoa Ranch, the site for Jurassic Park and Jurassic World, in Hawaii also made the list.

Alberta ranked 33 out of 50 on the list, with various locations such as Bow Valley, Squamish Valley and the Rockies being backdrops for The Revenant, which was released in 2015.

The Revenant is one of many movies to feature Alberta landscapes, some notable others are Jumanji: The Next Level, Interstellar and Inception, according to Travel Alberta. The upcoming Ghostbusters: Afterlife was also filmed in southern Alberta in 2019.

The province has made an effort to become a popular spot for filming recently, after the government adjusted the rules for its film and television tax credit earlier in 2021.

Fort Macleod was also chosen as the setting for HBO’s The Last of Us, based on the award-winning video game series of the same name.

Alberta was the only Canadian location to feature on the Big 7 Travel list.

A 31-year-old man has been arrested and charged in connection to the death of his one-year-old child in Wellesley Township.