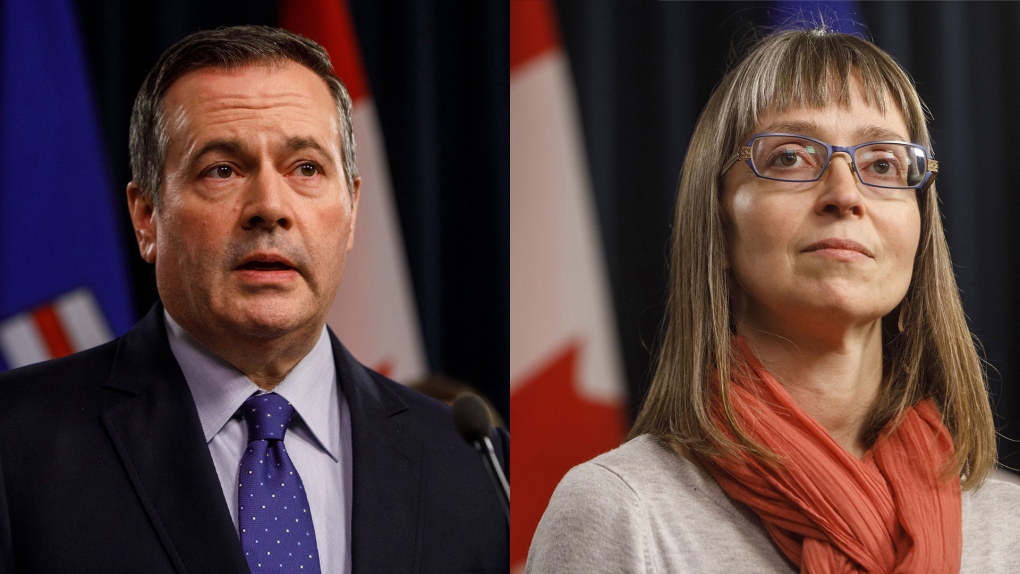 EDMONTON -- To curb the fastest spread of COVID-19 in 11 communities in Edmonton and Calgary, the Alberta government is expanding a spring program that offered self-isolation space to those who couldn't quarantine at home.

As such, the province is launching the COVID Care Campaign, which will send teams to the communities with the latest information on public health orders in native languages and available government or community supports, as well as supplies like masks and hand sanitizer.

Additionally, the province has secured 791 hotel beds in Calgary and more than 1,300 in Edmonton for people who can't isolate alone at their home.

Those who complete the 14-day isolation period in a hotel will be eligible for a $625 temporary payment, the same as is available for fire and flood evacuees.

"My view is that vulnerable people affected by this public health emergency who do the right thing by self-isolating need similar support to be safe," Kenney commented.

The communities where these new supports will be available are:

Hotel space was freed up for the same reason in the spring, but according to the premier, only a "few dozen" Albertans have taken the government up on that offer.

In total, there are 16 hotels which will host people needing to isolate: six in Calgary, nine in Edmonton, and one in Peace River. The province plans to procure rooms in Fort McMurray and Red Deer, too, as part of the strategy which Kenney said has been done by few other jurisdictions, including Sydney, Aus., South Korea and Taiwan.

The cost to provide the program is about $160 per person per day.

If the eight-week pilot is successful, it could be expanded further, he added.

As well, the province is launching a public awareness campaign in 10 different languages not only to improve public knowledge of the resources available but also to combat doubt or skepticism, officials told the media.

"At a time like this, accurate information is key – especially when it can seem that medical misinformation spreads even more easily than the virus," Justice Minister Kaycee Madu commented.

Kenney added: "Our hunch is that the vast majority of those kinds of households are not aware that they can get free isolation support at a hotel with culturally appropriate food and support with free transportation, and now with the added, frankly, financial incentive."

Its provincial positivity rate sits at 8.2 per cent.

Chief Medical Officer of Health Dr. Deena Hinshaw called the numbers simply a "continuation of the plateau" she talked about a day earlier.

There are 742 people with the disease in hospital, 137 of whom are in ICUs.

There are 456 schools across the province – or about 19 per cent – managing an active alert or outbreak, which together account for 1,943 cases.

Alberta's lab system performed more than 16,350 tests in the previous 24 hours, which has been neither an unusual volume nor the highest done in recent weeks.

While Hinshaw confirmed the system was dealing with high volumes, she reiterated that its max capacity is about 23,000 tests and the government continues to leverage resources and staff wherever it can to add capacity. Operators have done a "tremendous job" ensuring the system's supply chains remained open and equipment was maintained, the top doctor added.