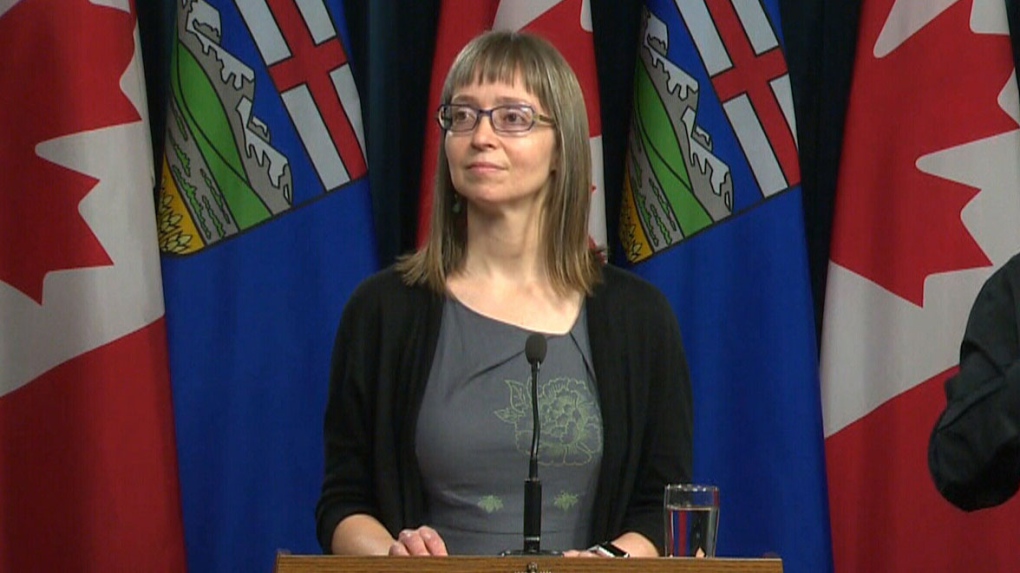 The lab system conducted some 8,200 tests the day before, leaving its provincial positivity rate sitting at 5.6 per cent.

A day earlier, it had rung in at 5.4 per cent, significant lower than it had been weeks ago.

"Our positivity rate is declining, but it is still far above the one to three per cent that we saw for most of the summer and fall," commented Chief Medical Officer of Health Dr. Deena Hinshaw.

"The numbers fluctuate on a daily basis, but we continue to see an overall decline in our testing numbers from last month. We don't know all the reasons for this, but one factor could be fewer people getting sick," she explained, urging anyone showing symptoms to book a test.

After the past week, Alberta's provincewide R (reproductive) value sits at 0.84. The rate of transmission is slightly lower in the Edmonton and Calgary medical zones – 0.81 and 0.79, respectively – and slightly higher outside of those areas – 0.88.

Seven hundred and forty Albertans are in hospital with COVID-19, 119 of whom are in ICUs.

Hinshaw said there were 147 schools – about six per cent of all schools in the province – on alert, and two schools with outbreaks.

She also offered an update on Alberta's vaccine shortage, which is prompting officials to prioritize second dose appointments with remaining supply.

Earlier Tuesday, the federal government revealed Canada would experience a "temporary" delay in Pfizer shipments resulting in an average weekly reduction of 50 per cent of coming doses. Over the next two weeks, Canada will receive about 171,000 doses instead of 417,000 doses, as was previously planned.

As of Monday, Alberta had administered more than 92,300 doses of the Pfizer and Moderna products.

"Vaccine has been reserved to ensure that we are able to provide second doses to all long-term care and designated supportive living residents. At this time, we believe Alberta Health Services will also be able to provide second doses to health-care workers within the established window; however, some uncertainty exists because it is unknown how much vaccine will be received by Canada in the first two weeks of February," Shandro said in a statement.

He added the delay could also push back the next phase of immunization, which would have prioritized seniors.

According to Hinshaw, some second dose appointments may be shifted, but AHS was doing that planning work Tuesday after receiving the news that morning.

"It will depend again on the work that's being done today and over the next several days once we get further determination of our February (dose) numbers."