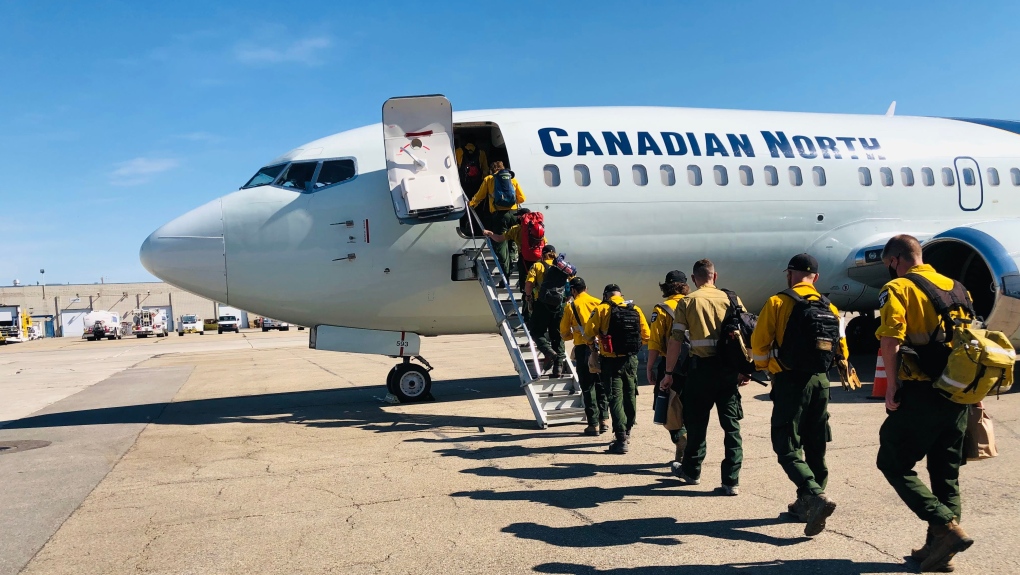 A group of Alberta firefighters left the province Monday to help battle wildfires in northern Ontario.

Eighty-one firefighters from Alberta have already been sent since June 12 to help contain the number of fires near Sudbury and throughout northern Ontario.

“Alberta is always willing to help other provinces in their time of need,” said Devin Dreeshen, minister of agriculture and forestry.

“We’ve assisted municipalities battling fires 21 times this spring and answered the call from numerous out of province requests,” he added. “We’re proud to do our part.”

Ontario’s ministry of natural resources and forestry lists 10 active fires near or north of Greater Sudbury.

In Alberta, there are currently nine wildfire burning throughout the province including two out of control.

According to Dreeshen, Alberta Wildfire personnel have helped extinguish more than 500 fires so far this year with over 99.5 per cent less land burnt than average.

This morning Alberta sent another 84 wildland firefighters and support staff to Ontario, bringing the total number of exports to the province to 165 since June 12.

This group will be heading to the Sudbury area to battle existing wildfires and new starts. #ABWildfire pic.twitter.com/JItnUHDS9j