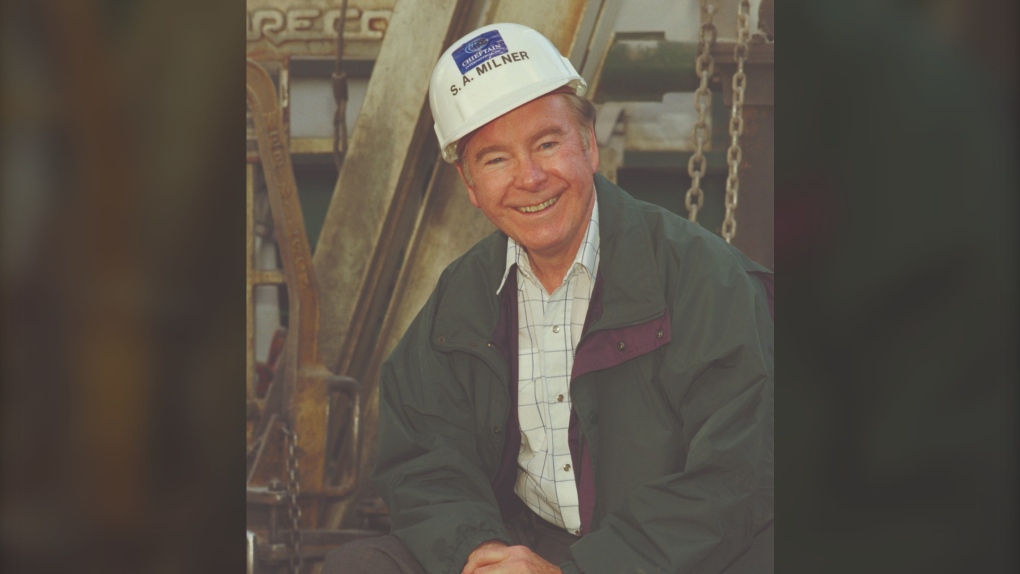 EDMONTON -- Stanley A. Milner, the businessman who championed Alberta's petroleum industry, is said to have died at the age of 91.

"Edmontonians will be keenly aware of the impact he's had – as the central library in our capital city bears his name, recognizing the advocacy he brought in fighting for its construction. His generosity to so many great community causes is legendary," a statement from Premier Jason Kenney read.

"Stan will be fondly remembered by all who knew and loved him."

Born in Calgary in 1930, Milner would start his career as the province's oil industry was beginning to blossom, forming with his brothers two exploration companies.

Milner's Chieftain Development Co. Ltd. was acquired by Alberta Energy Company Ltd. in 1988, after which he created Chieftain International. He served as its CEO until his death.

Throughout his career, Milner served as director of a number of Canadian and international corporations in the oil sector, including Alberta Energy Company, Banister Continental, and Delhi International Oil Corporation.

Eventually, he moved into civic and charitable duty, serving as an Edmonton city councillor in the 60s and chairman of the Edmonton Public Library board. Milner advocated for a new library in the capital city's downtown for Canada's centennial in 1967 and spearheaded its construction. It was renamed after him in 1996. He also fully funded the children's library at the location, and helped fund its renovation in 2010 when it was renamed after his late daughter, Shelley. In the 80s, he chaired the University of Alberta's board of governors for three years, and in 1994, was awarded an honorary doctorate in law.

He was recognized with the Alberta Order of Excellence in 1995, Canadian Petroleum Hall of Fame in 1997, and Order of Canada in 2003.