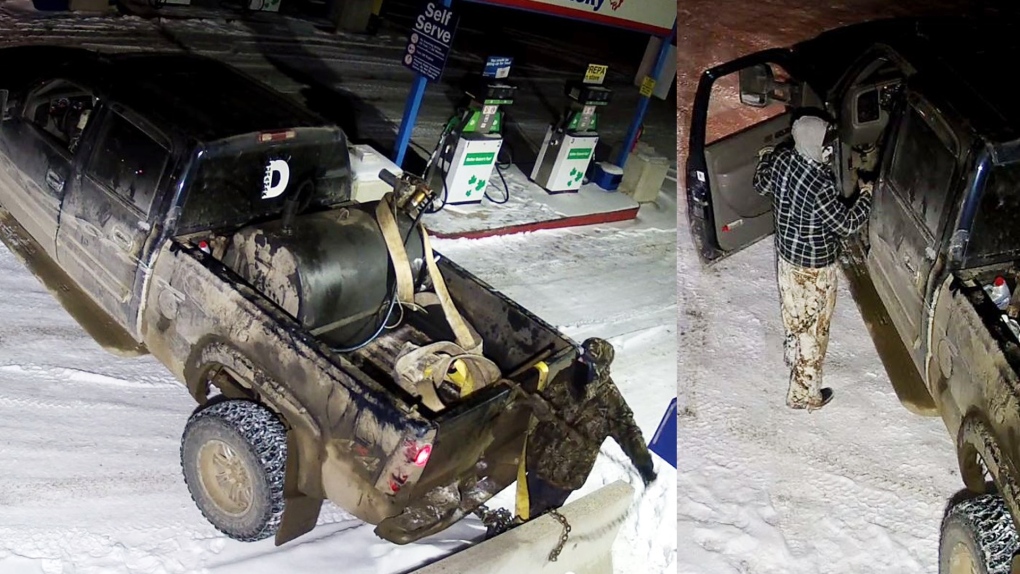 Thieves were caught on camera stealing the ATM from a Husky gas station in Swan Hills. (Source: RCMP)

EDMONTON -- Police are investigating another ATM theft in Alberta. The bank machine was stolen from a Husky gas station on Highway 33 in Swan Hills.

Around 3:15 a.m. on Thursday, two thieves used a pickup truck to rip open the doors of the gas station and pull out the ATM. They loaded it onto the truck, and left southbound on Highway 33 towards Barrhead.

The truck that was used in the robbery was stolen from Stony Plain on Tuesday.

The second thief is described as wearing a green camo jacket and blue coveralls.

The truck is a dark blue Chevrolet Silverado with white flame decals on the side, a “D” sticker in the rear window and a black slip tank.

Swan Hills is about 225 kilometres northwest of Edmonton.