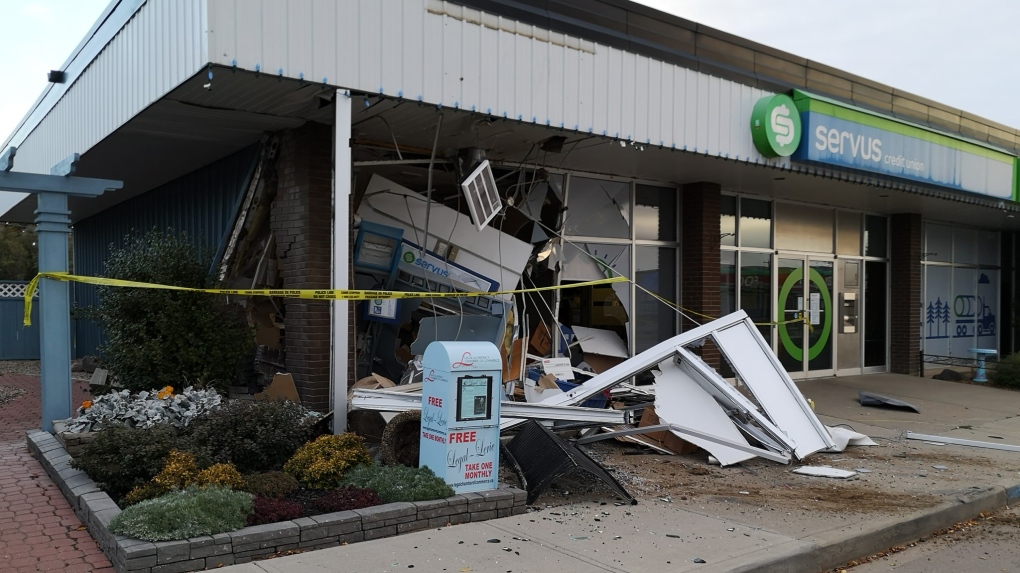 EDMONTON -- Police have made an arrest in connection with a series of ATM thefts in Alberta over the last year.

Darwyn Ronald Beaudry, 38, of no fixed address was arrested in Gunn, Alta., on Dec. 1 after a foot chase.

Officers had attempted to arrest Beaudry the day before on outstanding warrants, but he fled in a vehicle.

Beaudry was identified by police as a suspect into several ATM thefts in the province between September 2019 and Nov. 17, 2020.

Police believe he committed a number of crimes that resulted in significant property damage in Legal and Slave Lake. The ATMs were stolen from a credit union and a gas station.

Investigators also believe Beaudry is responsible for a break-and-enter in the No Frills pharmacy in Vegreville on Nov. 20, 2019.

He is now facing 23 charges from multiple RCMP detachments, including:

Participation in a criminal organization

Beaudry is scheduled to appear in Stony Plain Provincial Court on Dec. 9, 2020.