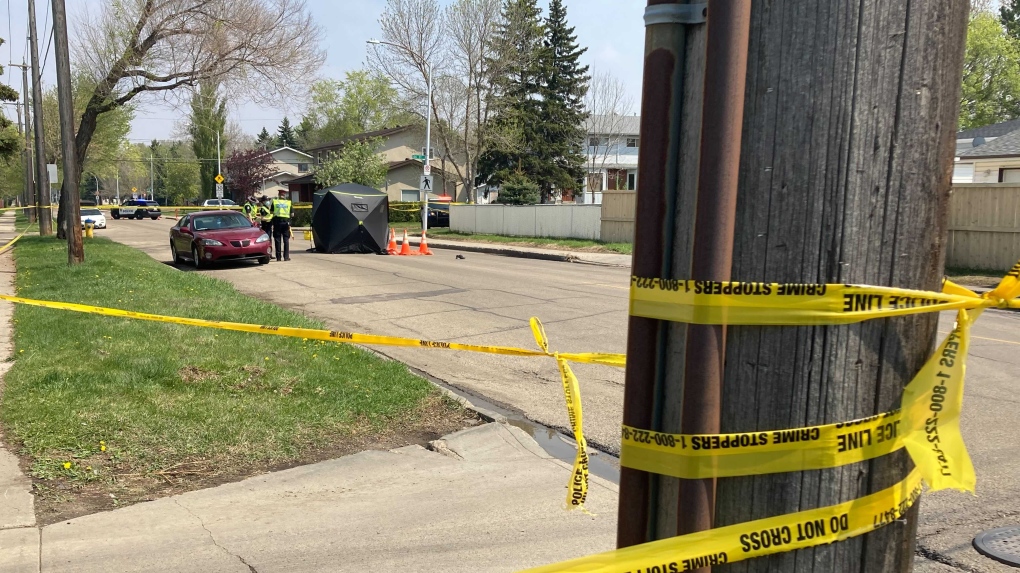 Police tape ropes off the scene of a fatal collision involving a pedestrian and a vehicle in the area of 129 Avenue and 126 Street Friday afternoon. May 21, 2021 (CTV News Edmonton/ Brandon Lynch)
EDMONTON -

The Edmonton police's homicide unit is continuing to investigate a fatal hit and run that happened in May.

The incident happened on May 21 in the area of 129 Avenue and 126 Street, according to EPS.

They were told a dark-coloured truck hit a pedestrian and sped away. A 36-year-old man was pronounced dead on scene by paramedics.

“An autopsy was completed on May 27, 2021 and the cause of death was determined to be a crushing injury to the chest,” said EPS in a news release.

Police have not officially classified the death as a homicide, but said it “remains suspicious.”