Launched Thursday, the new charity comes almost a year ago to the day that he first met his hero Connor McDavid.

McDavid and the man who connected him and Ben, Ashif Mawji, have already pledged $100,000 to the fund, which focuses on providing magical experiences for kids with cancer, providing needed medical equipment at home, and supporting medical research.

Ben died in August from brain cancer. He became a household name after he was featured as a skater before an Edmonton Oilers home game in March and joined Zach Hyman at a post-match press conference.

He then popularized the phrase, "Play La Bamba, baby!" during the Oilers' latest playoff run.

Since Ben's passing, local entrepreneur Mawji has worked with his parents, Mike and Lea Stelter, to find a way to commemorate his kindness.

"We wanted to find a way to preserve the legacy," Mawji told CTV News Edmonton. "To make it even more powerful. Ben has done so much for all of us, not just in Edmonton but around the world."

Lea says Ben was always focused on giving to others, including restocking a treasure chest at the hospital where kids could get a toy after getting their blood work done.

"He loved giving gifts at the hospital," she recalled. "He was the sweetest boy."

"He would buy toys with his own money at the store and be like, I need to bring this one," Mike added. "He was full of love." 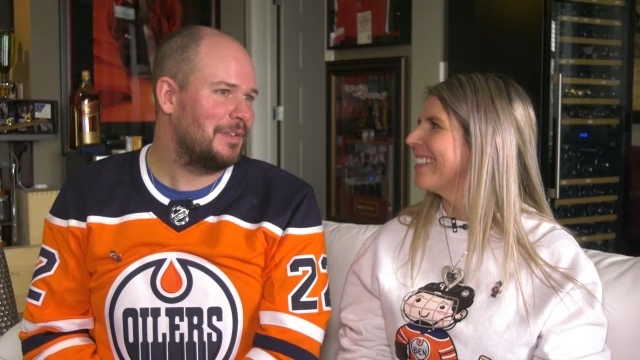 His parents shared that creating a foundation to help the community is the ultimate gift Ben would want to give.

"Life has been really tough since Ben passed," Mike said.

"This is the one big thing that we can put time and energy into where it gets us out of bed in the morning," he added. "To be able to do this in his name and have his name continue to live on."

Both Mike and Lea say they were taken by surprise to see how much of an impact Ben's story made on many people, especially those going through radiation therapy.

They would receive messages and hear from adults who were struggling with going to treatments but were ultimately inspired to after hearing about the five-year-old's determination.

"It honestly brought us so much hope and positivity," Lea said.

Wine lovers have growing options on the shelf to enjoy their favourite beverage as producers in B.C. offer smaller container sizes.

An investigation that lasted almost two years has resulted in moose hunting violation convictions for six people and a lodge in Red Lake in northwestern Ontario.