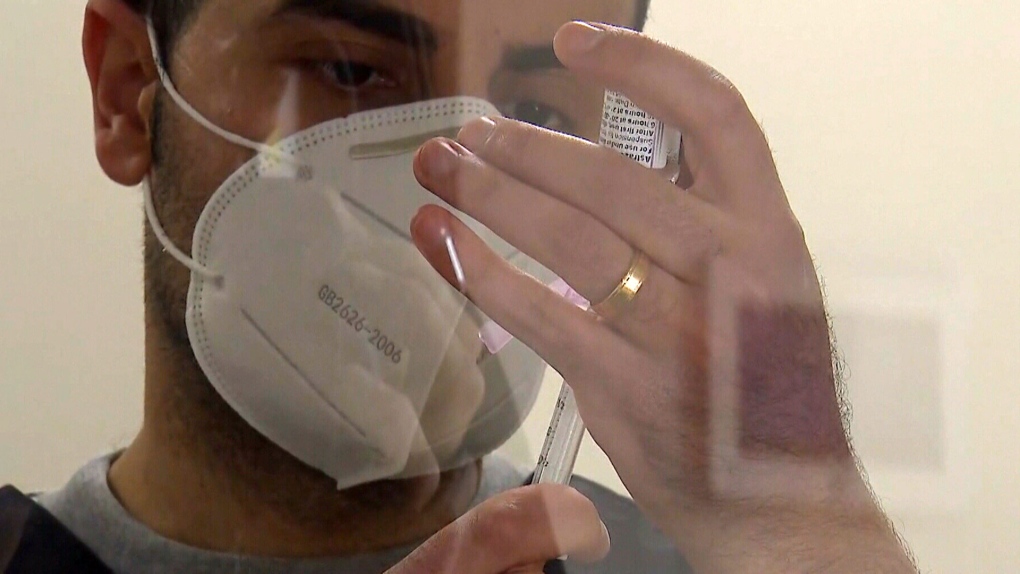 Appointment bookings for the vaccine that targets both the original COVID-19 strain as well as the Omicron variant opened to Albertans on Wednesday.

The first doses of Moderna's Spikevax Bivalent COVID-19 vaccine as a booster dose were also expected to be administered on Wednesday.

As of 3 p.m., 7,200 appointments had been made. Alberta Health did not have the number of walk-in appointments that had been served.

According to Alberta Health, the vaccine triggers a stronger immune response and provides extra protection against both strains.

The province has what it calls an "ample supply" -- about 428,700 doses. An Alberta Health spokesperson said Alberta has access to additional supply if needed.

Appointments could be made online.

Albertans were eligible if:

Manitoba and Nova Scotia also opened bookings for the bivalent vaccine on Wednesday.

Health Canada authorized the shot at the beginning of the month.

The Alberta government expects rollout for minors aged 12 to 17 to begin in "late September/early October."

When influenza vaccine rollout begins in senior congregate care facilities in October, the Spikevax bivalent shot will be offered at the same time.

An Ontario woman has been charged after graphic video of a horse being dragged emerges, Alberta Premier Danielle Smith makes an about-face on a promise to legislate human rights protections for those who aren't vaccinated against COVID-19, and a former member of the Vancouver Canucks coaching staff files a human rights complaint against the team. Here's what you need to know to start your day.