EDMONTON -- Bradley Barton has been found guilty of manslaughter in the June 2011 death of Cindy Gladue, whose body was found in the bathtub of his Edmonton hotel room.

The 52-year-old long-haul truck driver from Ontario pleaded not-guilty to manslaughter last month. He testified that he arranged to pay Gladue for sex and was shocked when he woke up to find her dead in the hotel room bathtub.

This is the second trial for Barton in connection with Gladue’s death. In 2015, a jury found him not-guilty of first-degree murder, which sparked protests and calls for justice for Indigenous women.

The Alberta Court of Appeal set aside the acquittal and ordered a new trial. The Supreme Court of Canada later agreed, ruling that Gladue's sexual history was mishandled and all Canadians are entitled to be treated with dignity and respect under the law.

For friends of Gladue, the verdict is bittersweet. 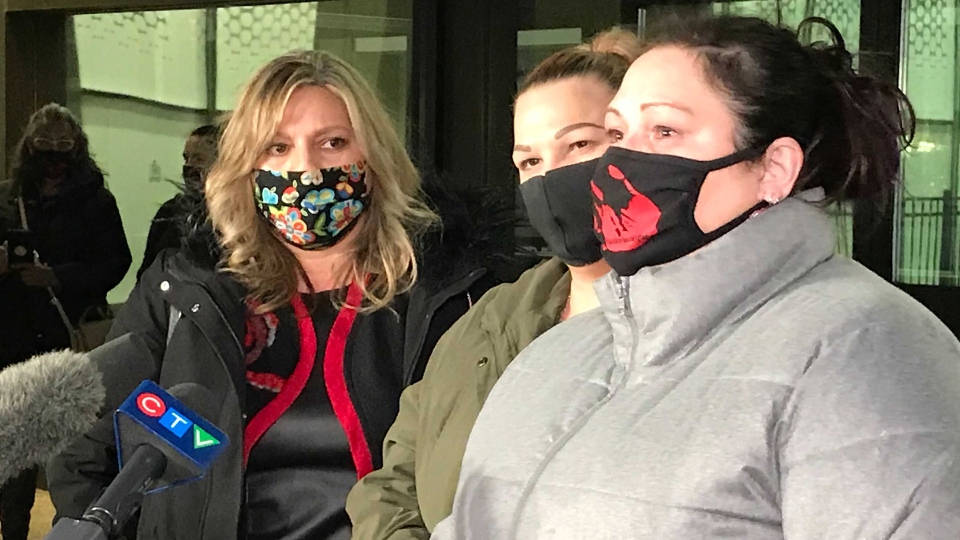 “She was silenced, and so she didn’t have the opportunity to tell her side of the story,” said Lisa Weber.

“It’s been a long journey to get here. We’re happy that Cindy finally got her justice,” Brandy Poorman said outside court.

“He’s going to jail. He’s being accountable, and that’s what needs to happen. He needs to be held to account, and now he finally has. He can’t run from it,” said Kari Thomason.

Gladue was only 36 years old when she died. Her friends describe her as a woman who loved to cook and spend time with her three children. They said if she had lived, she would have seen the birth of her first two grandchildren, with one more on the way, in the next few months.

“Hopefully she is watching down on her kids and grandkids. She was a kind person,” said Poorman.

The women all agree that Canada has a long way to go to address racism in the justice system.

“If you’re of Aboriginal descent, you’re still not equal, unfortunately. And if you’re in a high-risk lifestyle, that seems to be at the forefront. Which doesn’t make a difference, because they’re still human being,” said Thomason.

DISAPPOINTED BUT NOT SURPRISED

Barton’s defence lawyer said he’s disappointed but not surprised by the outcome of the trial. 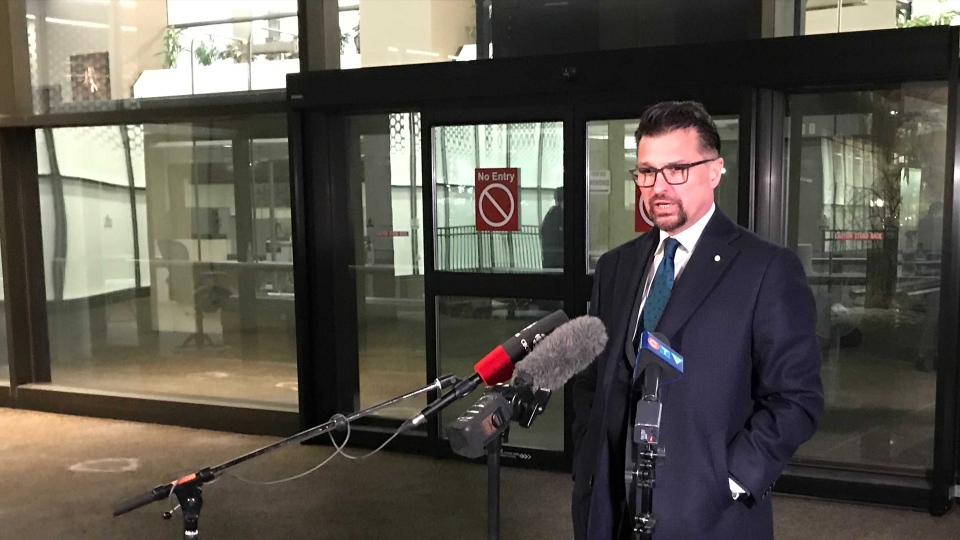 Defence lawyer Dino Bottos speaks outside the courthouse in Edmonton after his client Bradley Barton was convicted of manslaughter in the death of Cindy Gladue. (Sean McClune/CTV News Edmonton)

“The Barton trial of 2015 and his acquittal spawned a human cry across Alberta and then across the nation very quickly, and there were protests against his acquittal since a day or two after his acquittal,” said Dino Bottos.

“Mr. Barton felt the weight of the accusations for a very long time, and especially since his first acquittal. And he was expecting sort of a bad result here.”

Bottos said Barton hopes to appeal the conviction, but will have to make an application to Legal Aid Alberta to do so. Bottos said Barton lost the mortgage on his semi after he was arrested nine years ago, and was forced to file for bankruptcy.

“Because of that, he was defended by me and my team on legal aid, so legal aid has funded the trial, and his defence, and since he has no money, we want to convince legal aid to fund his appeal.”

The Crown and defence have agreed to reconvene on Friday, Feb. 26 to decide on a sentencing hearing date.