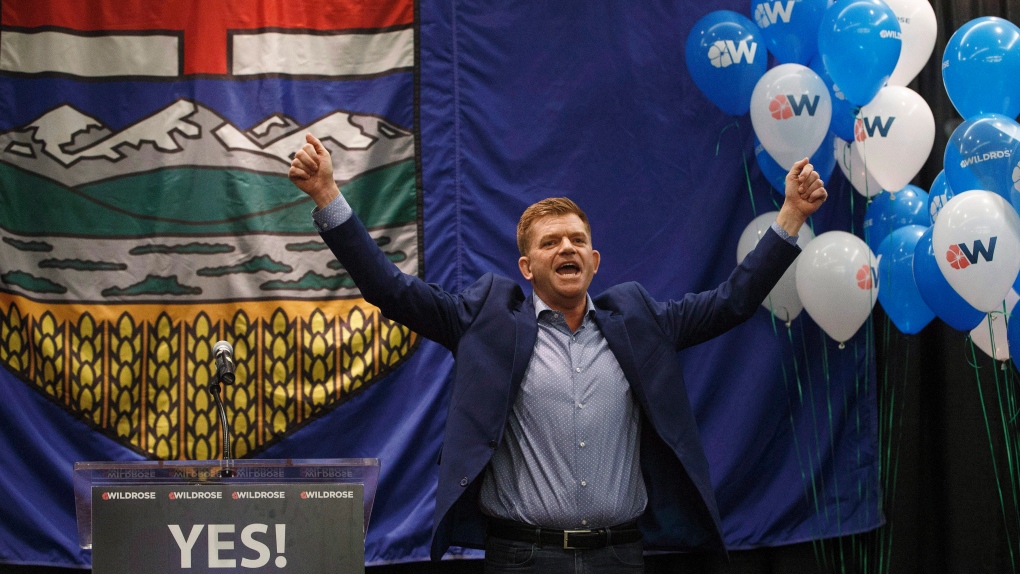 Albertans are more likely to vote for Brian Jean than Jason Kenney or Danielle Smith, a new Leger poll shows.

Jean has support from 18 per cent of Albertans, the premier is preferred by 15 per cent and former Wildrose leader Smith polled at 11 per cent.

A slight majority of Albertans, 51 per cent, said they would not vote for the UCP under any leader.

"These poll results show that public mood in Alberta has shifted decisively against the United Conservative Party, most likely as a result of the way the governing party has handled the unprecedented COVID-19 crisis," said Remi Courcelles from Solstice Public Affairs, the company that commissioned the poll.

"A change in leadership won’t necessarily solve all of the UCP’s problems. That being said, it would appear that a UCP led by Brian Jean would improve the party’s electoral fortunes."

Regionally, Kenney was preferred in Calgary, he and Jean are tied in Edmonton but Jean was favoured 23 per cent to 15 per cent for Kenney outside of the big cities.

The UCP tossed two MLAs who criticized Kenney, roughly 25 per cent of its constituency associations are demanding an early leadership review and the governing party has finished second in some fundraising races to the NDP.

Jean – who lost a provincial election to Rachel Notley's NDP in 2015 as leader of the Wildrose Party – has publicly asked for Kenney's resignation and said he could do a better job of leading the UCP.

"If he doesn't leave we are going to have an NDP majority," Jean said in November.

"The UCP will not be in competition. It won't be competitive in the next election. That's very concerning to me."

Jean is attempting to win a UCP nomination and a by-election to become the MLA for Fort McMurray-Lac la Biche.

Kenney has publicly questioned Jean's reliability to finish his term and his commitment to the UCP.

Smith has expressed interest in the job as well, but has not launched a campaign.

Kenney will face a UCP leadership review in April 2022, if not sooner.

The online survey was conducted between Nov. 16-29. It had a sample size of 1,000 adult Albertans. The method of polling was a non-probablity sample, so no margin of error can be associated. 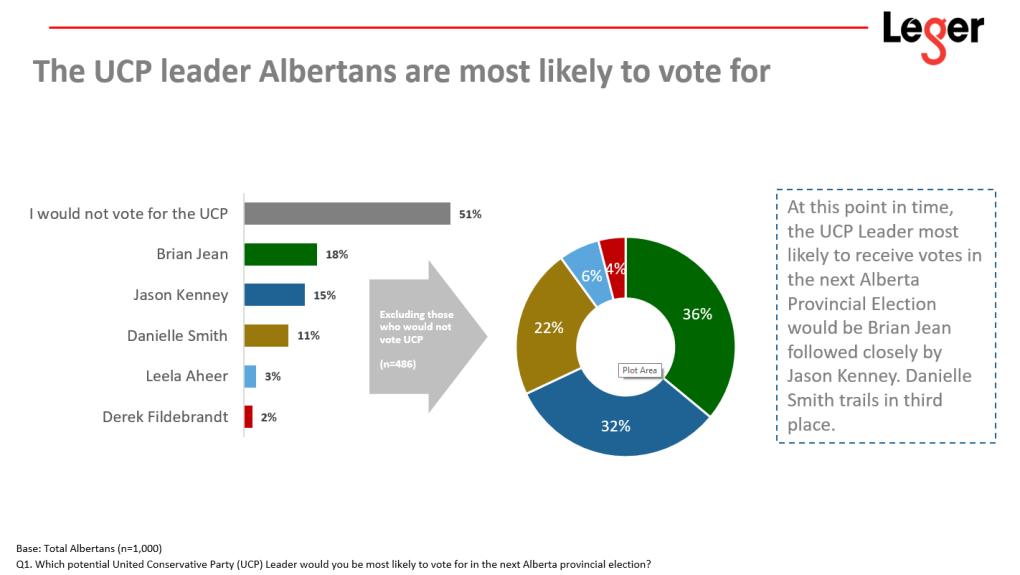 According to a paper that looked at three incidents involving children falling from or being struck by a mechanical bull, described in the journal BMJ Case Reports, the bouncy beasts can pose an avoidable risk to young children.