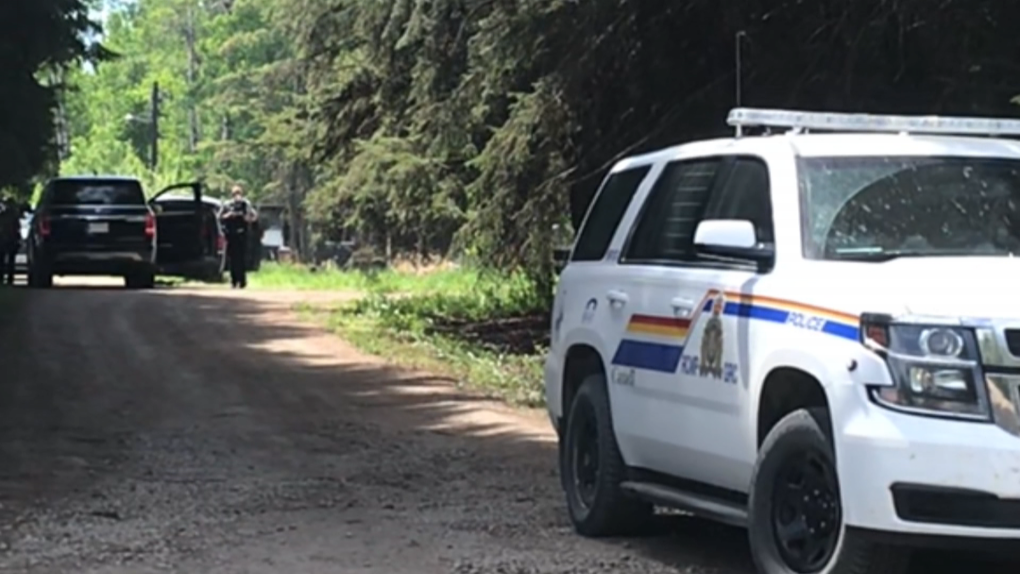 Mounties stationed themselves outside a home in the Buck Lake, Alta., area on June 2, 2021, after a fire which killed two children.
EDMONTON -

Investigators have concluded a fire in central Alberta in which two young children died didn't start in a suspicious way.

Their bodies were found in the charred wreckage of a home in the Buck Lake area, southwest of Edmonton, after the June 2 blaze was put out.

Mounties on Friday said the fire investigator found the fire was "non-suspicious in origin," but nothing more about how it started.

Officials said police were called around 11 a.m. that day, but by the time they arrived on scene, the house was already engulfed by flames.

The identity of the victims – a one-year-old boy and a four-year-old girl – from Drayton Valley, Alta., were confirmed two days later.