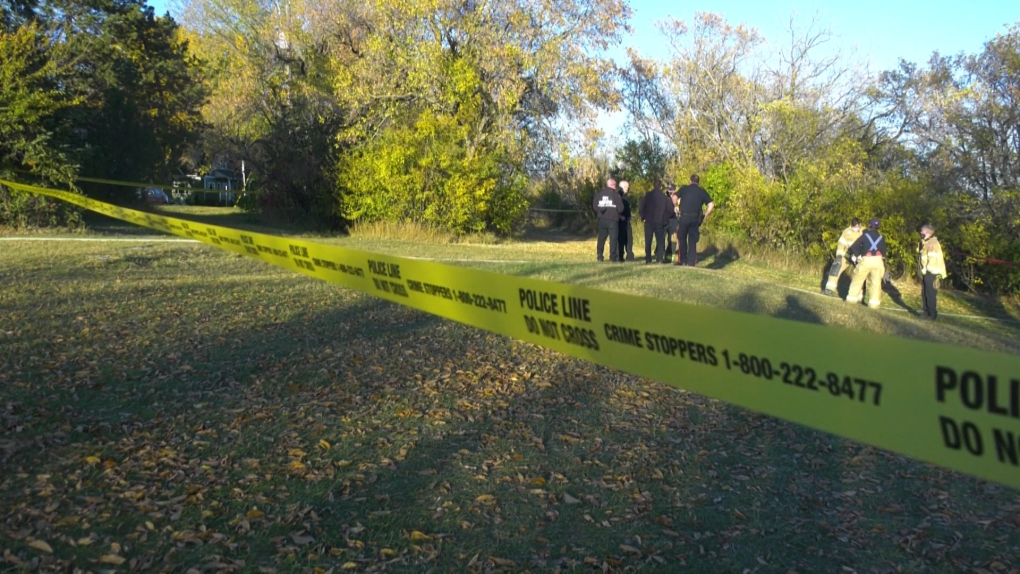 Police are investigating after a man's body was found in a tent near the river valley. Sunday Oct. 3, 2021 (CTV News Edmonton)
EDMONTON -

Edmonton police are investigating after a man was found dead, his body burned, inside a tent near the river valley.

Police responded to the area of 75 Street and Ada Boulevard Sunday, according to EPS.

Police added that the death is not believed to be suspicious at this time. The man has not been identified.