A former RCMP officer who was awarded hundreds of thousands of dollars for abuse she suffered while in uniform is having a large part of her settlement clawed back by the federal government.

The woman – who CTV News Edmonton has agreed not to identify – calls it a revictimization, which is deepening resentment of the force she was once proud to be a part of.

Like many of Canada's officers, her journey started at the RCMP Academy, Depot Division in Regina. What inspired her to join the Mounties happened years earlier, but left a profound impression.

"When I was 14, my sister committed suicide and the RCMP officer that attended at our house was fantastic," she recalled. "And from that moment on, it was something I wanted to do. I wanted to be a positive role model in my community, just like he had done for us."

Her experience at Depot was what she expected, with respect and camaraderie driving her to excel. A symbol of those fond memories is the necklace pendant she received upon graduation.

"If you have the right group, it’s great. It’s fantastic. Then you’re dispersed all over Canada and away you go," she said. 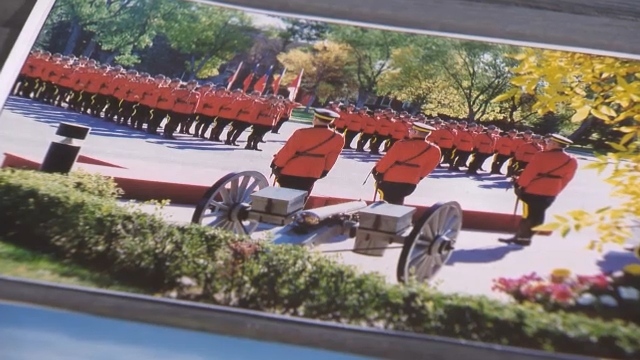 'WASN'T PREPARED TO BE SEXUALLY ASSAULTED'

But being on the force lost its lustre fast, she remembers, as feelings of being unsafe at work set over her.

"(Within) three months I felt like a shell of who I was when I went there."

She was trained to protect her community, and equipped for each day in uniform interacting with the public, she said, but she wasn't ready for the politics or the abuse.

For years, the officer kept her silence before she said she was forced to retire after an on-duty car crash.

She then learned she wasn't alone in suffering abuse.

From years as an investigator, she said she knew that being a victim and sharing what happened to her would be tough.

"It was arduous. I know, having dealt with sexual assault victims, it’s something you don’t force upon them till they’re ready to deal with it."

Her lawyers then suggested she apply for a disability pension for veterans suffering from Post Traumatic Stress Disorder.

Then a letter from Veteran Affairs arrived, informing her that half of her settlement was recoverable, including about $6,000 right away and an additional $288 a month, which was being clawed back from every cheque. 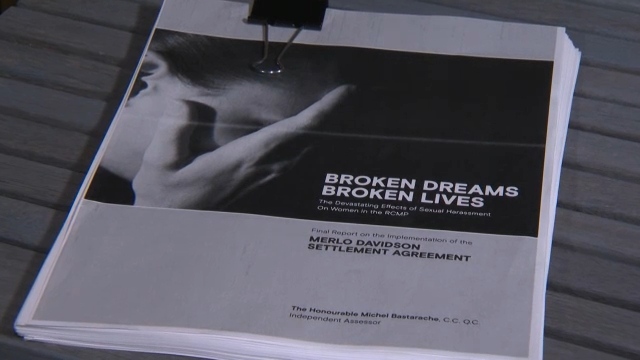 "For the purpose of making this decision, Sections 25 and 26 of the Pension Act were considered," a federal employee wrote.

To her, it's re-victimization and further abuse from the system she served.

But it's also the letter of the law. In a statement, Veterans Affairs Canada told CTV News Edmonton that the pension act provides no discretion.

"If an individual receives a class-action settlement for the exact same condition/incident for which they receive a pension, it is considered compensation," a spokesperson wrote in a statement.

The veterans affairs minister declined to be interviewed for this story, but a Conservative MP in British Columbia wants changes.

"If there is no way around it in the legislation, then consider enacting legislation so that this unjust situation is remedied and remedied as soon as possible," Frank Caputo, the shadow minister for Veteran Affairs, said.

In 2018, the first-ever female RCMP commissioner was named. The class-action lawsuit had been settled and Brenda Lucki promised to reform the force.

"I will not have all the answers but I definitely plan on asking all the right questions," she said at the time.

Lucki also declined to answer specific questions about the clawback in this case.

The RCMP instead sent a statement, where officials expressed regret for what happened to the officer, but said they are unable to intervene.

'I DO NOT THINK THAT WAS DISCUSSED'

An official report into the Merlo Davidson lawsuit and the culture at the RCMP was written by Justice Michael Bastarache. He's a retired Supreme Court Justice who was given the role of administering the settlement.

"My decisions cannot be reviewed by the RCMP, or appealed by the parties," he said in 2016.

Given news of the clawback, Bastarache wrote to the officer in this story.

With many legal options tried and failed, the officer is now hoping for legislative change, so victims like her are able to move on while feeling like they were treated fairly. 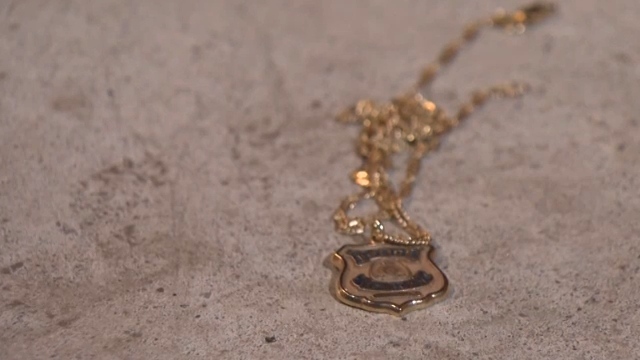 For now, she feels more regret that she exposed herself to a process that injured her again.

The dispute is a constant reminder that her RCMP dream was destroyed by her experience.

"I’m taking off this (graduation) pendant today, and I will never wear it again. And this is a job I wanted to do to honour my sister. I could care less if I wear this ever again," she said.