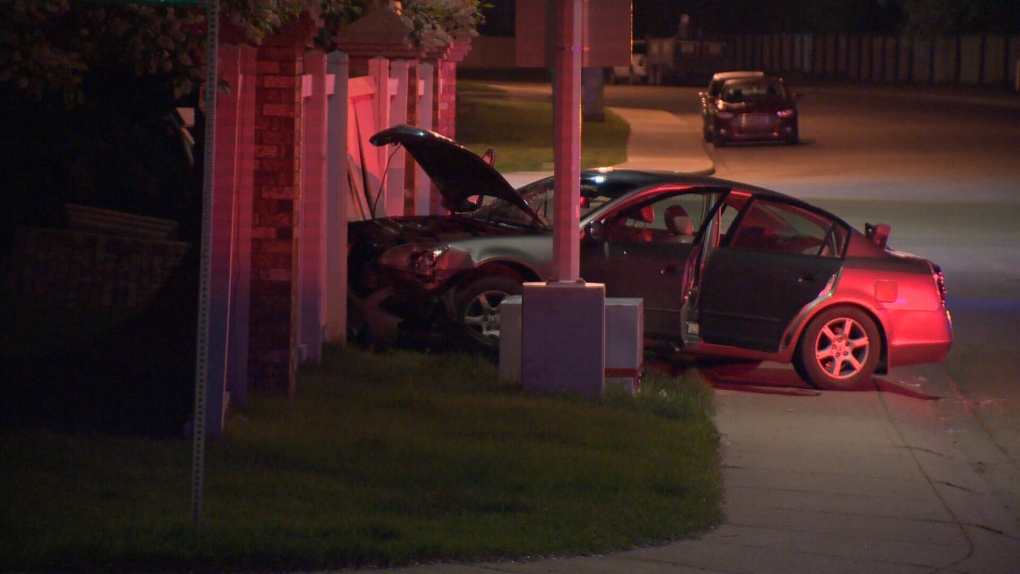 A car crashed into a fence near Reeves Way and Rabbit Hill Road early Sunday morning.

Edmonton police were called to the city’s southwest early Sunday morning when a car appeared to have crashed into a fence.

The crash happened around 1:30 a.m. on Sunday near Reeves Way and Rabbit Hill Road. The car could be seen resting against the fence, which had partially collapsed around the vehicle.

One person was taken to hospital.

Edmonton Police Service did not provide details on the cause of the crash, the number of people involved, or the extent of injuries.