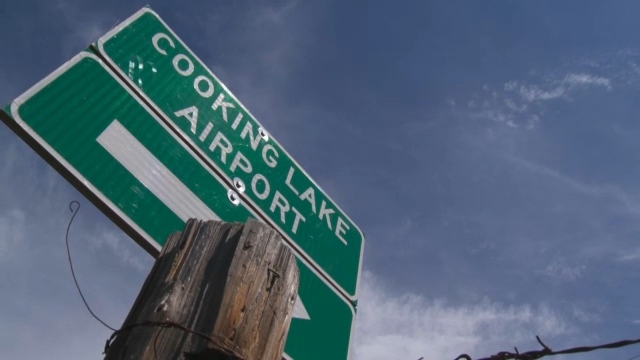 Customs services are resuming at some smaller regional airports in Alberta after being suspended during the COVID-19 pandemic.

In a statement Friday, the Canada Border Services Agency (CBSA) said officers would resume providing services at the Cooking Lake, Milk River, Ponoka, and Villeneuve airports after being paused since May 2020.

At the time, the federal government said the service disruptions were to limit the spread of the coronavirus and allow officers to be redeployed to other locations.

"The Canada Border Services Agency has been gradually resuming border services at airports still affected by the temporary measures put in place as a result of COVID-19," the agency said in a statement Friday.

Jim Johannsson, director of the Cooking Lake Airport, said in a statement that although Alberta is home to more than 4,700 aircraft — the third largest in Canada- the province had the lowest number of reopened airports on a per capita basis.

"The tiny province of New Brunswick has one-tenth the number of aircraft as Alberta, yet has more airports open to international arrivals than we do here," he said. "It's not logical, and it's not fair."

Johannsson told CTV News Edmonton that last May, the Cooking Lake and Villeneuve airports requested for CBSA to resume providing services but was denied.

Shauna Feth, Alberta Chambers of Commerce president and CEO, said businesses rely on access to airports and that it was time to reopen them.

"Alberta businesses have waited patiently for Ottawa to reopen its' most critical airports to international arrivals only to see the priority given to docks in Ontario," Feth added. "There needs to be a level playing field."

"We understand Canadians have been eager to travel, and that's why together with air industry partners, we've been continuing to undertake a gradual easing of temporary measures to manage the pandemic," Minister of Public Safety Marco Mendicino said in a news release.