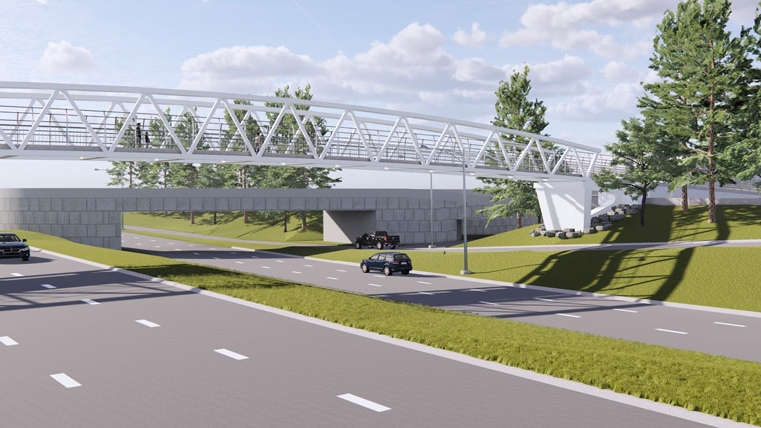 A rendering of a new footbridge that will connect West Edmonton Mall and West Meadowlark, to be completed in 2022. (Source: City of Edmonton)
EDMONTON -

Crews started the process of replacing a broken link between West Edmonton Mall and the West Meadowlark neighbourhood Monday.

A pedestrian bridge that connected the two over 170 Street was partially torn down in 2018, after an inspection found that it was becoming unsafe.

After a community outcry, the city and the mall reached a deal to share the cost of a new bridge, with WEM agreeing to pay $2 million.

Before the new bridge can be built, the remaining pieces of the old one need to be removed.

The city alerted drivers that the right lane of northbound 170 Street between 87 and 90 Avenues would be closed during construction.

The project is expected to be completed in 2022.