Closing arguments in trial of Alberta Mounties charged with manslaughter

Closing arguments in trial of Alberta Mounties charged with manslaughter 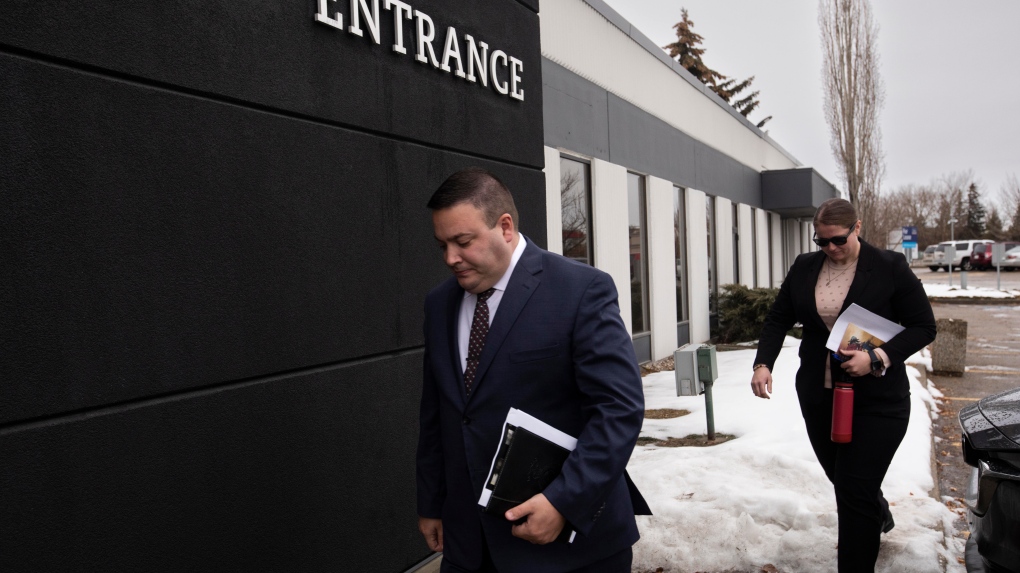 Cpl. Randy Stenger, left, and Const. Jessica Brown, return to court to resume their jury trial on charges of manslaughter with a firearm, aggravated assault and discharging a firearm with intent to cause bodily harm, in Edmonton on Friday, November 25, 2022. Closing arguments in the three-week trial are to begin today. THE CANADIAN PRESS/Amber Bracken
EDMONTON -

Closing arguments are scheduled Wednesday in the jury trial of two Alberta Mounties charged with manslaughter.

Const. Jessica Brown and Cpl. Randy Stenger are accused in the fatal shooting of Clayton Crawford on July 3, 2018, near Whitecourt, northwest of Edmonton.

Both officers testified they feared for their safety and acted in self-defence.

The pair shot Crawford 10 times as he was inside a purple pickup truck at a rest stop.

A day earlier, a truck matching the same description was seen leaving the area of a shooting in the hamlet of Valhalla Centre.

When RCMP were notified about the truck being at the rest stop, court heard there was confusion about whether its driver was considered a target or suspect in that shooting.

The jury was also told that when Brown and Stenger approached the truck, it appeared as if the man in the driver's seat was sleeping.

Brown testified she saw Crawford reach between his legs. A third officer broke the driver's window with a baton and there was a struggle.

Brown said Crawford started the truck and began driving backward. She said she thought he was using the truck as a weapon and she feared for her life and the lives of her colleagues.

Stenger testified Crawford was trying to run them over, and it was an automatic reaction for him to fire his gun.

This report by The Canadian Press was first published Dec. 7, 2022.

Justice Minister David Lametti says he will "look at" a federal policy that restricts gay and bisexual men from donating to sperm banks in Canada, after CTV News exclusively reported on Wednesday that a gay man is taking the federal government to court over it.

'Dances With Wolves' actor appears in court in abuse probe

A former 'Dances With Wolves' actor accused of sexually abusing Indigenous girls and leading a cult must remain held without bail until his next court hearing, a judge ordered Thursday morning.

Former Wagner commander says he is sorry for fighting in Ukraine

A former commander of Russia's Wagner mercenary group who fled to Norway told Reuters he wanted to apologize for fighting in Ukraine and was speaking out to bring the perpetrators of crimes to justice.

An assistant nursing professor at the University of New Brunswick says there is a crisis-level shortage of sexual assault nurse examiners in the country.